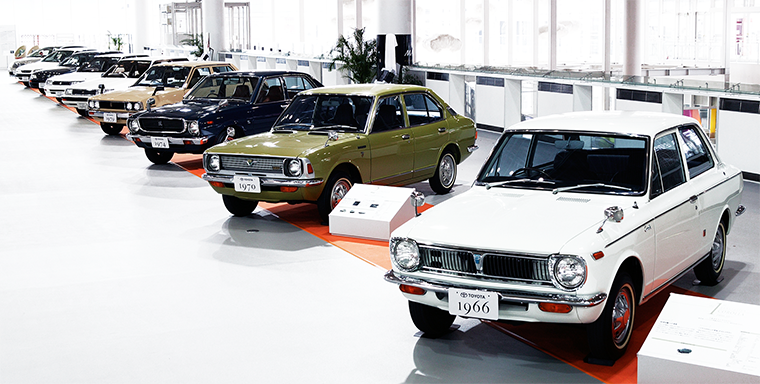 The Toyota Corolla is by far the best-selling model of car ever made, with close to 50 million units sold since its launch in 1966.

The company commemorated the 50th anniversary last month of “the car for everyone” by producing a video and other content looking back on its success in putting Toyota on the global automaking map.

One notable story told of how one owner has been driving his first-generation Corolla since he bought it in 1969 at the age of 24.

Now 71, the sprightly but perhaps slightly slower-moving Shougo Asada says his car has reached 560,000 km on the clock and is still raring to go.

“The Corolla is a really sturdily built car,” Asada says. “The engine was running fine without an overhaul when it went well past the 400,000 km mark.

“Recently, I drove from Chiba to Miyagi and back, a 1,200 km trip, without a hitch. I was reminded of what an amazing car it is.”

And it is this legendary reliability which not only made the Corolla the most sought-after car in history, it also gave Toyota an aura of a company which had the highest level of engineering ability.

Indeed Toyota’s innovative manufacturing and production methods and techniques are now studied the world over, and have given rise to many new concepts being emulated by admirers and rivals alike.

The phrase “lean manufacturing” has become well known, and its practice is the subject of much fascination and scrutiny, but it is a process based on the now-famous “Toyota production system”.

The Toyota production system’s main aims were to eliminate or at least limit waste, inconsistency, and burdens from the manufacturing process.

Toyota’s practices popularised concepts such as “just-in-time”, where all parts of the manufacturing process and even logistics chain were required to only perform the function that were necessary at the time they were needed, rather than, for example, built up huge stockpiles of supplies.

Just-in-time might sound an obvious idea now, bit when Toyota started publicly describing its ideas in the early 1990s, they were enthusiastically adopted by virtually all major industrial operations around the world. 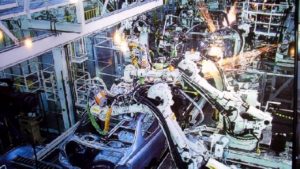 Another fundamental concept of the Toyota production system was “autonomation”, or jidoka in Japanese. Literally translated as “automation with a human touch”, it is perhaps the idea which provided a suitable environment in which collaborative robots would thrive, as they seem to be doing now.

Other objectives which were integral to the Toyota way included kaizen – a word used to mean continuous improvement of operations through innovation and evolution; and genchi genbutsu, which encourages better-quality decision-making through finding the source of information and establishing the facts.

Simple ideas they may seem, but they have resulted in Toyota becoming the world’s largest manufacturing company by some measures in any category – it was larger than Apple a couple of years ago; and it is still the largest automaker by some distance.

Some may say that the Corolla is not a good-looking car. But as the 1.3 million annual sales figure, 50 years after launch, would suggest – looks aren’t everything.

The Corolla was always designed to suit the budget-conscious driver, and was built according to an “80-point doctrine”, in which all facets of the car must score at least 80 points – out of 100 presumably.

The late Tatsuo Hasegawa, chief engineer for the first generation Corolla, gave an interview before he passed away in 2008 in which he explained the thinking behind the original model.

Hasegawa said: “When I first came up with the concept for the Corolla, there was the scope to do something pioneering in terms of technology, and also to cultivate the market and facilitate economic development. 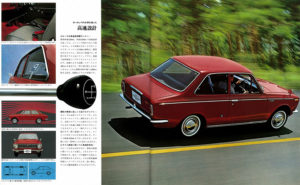 “In other words, there were needs to be met in these areas, and we did that. I didn’t set out to make any grand invention or discovery – my development team and I were simply the first to fill those needs that we had found were unexplored yet in the market and in various areas of technology.”

The methodical approach to the market led to the team integrating more advanced technology into the Corolla than perhaps were present in other cars in the same market.

Hasegawa said: “As for the engine, all of the rival European cars at the time had three-bearing engines. However, considering the need for high-speed performance in vehicles back then, we decided to use a five-bearing engine in the Corolla to ensure a quiet ride, and this was also because we needed to boost its high-speed rotation.

“We also installed a four-speed fully-synchronized floor-shift transmission (for smooth gear shifts in manual transmission), enabling it to accelerate up to 110km/hour in three gears. These were essential features for sporty European small cars to be able to reach the speeds of larger vehicles at that time.”

Hasegawa added that the Corolla was “a car for everyone on the Earth”, and “for the happiness and well-being of everyone on Earth”.

Yoshiki Konishi, the current chief engineer for Corolla, which is in its 12th generation of production, says his team is aiming to reach 100 points in the future.

“You can expect great things from us,” says Konishi. 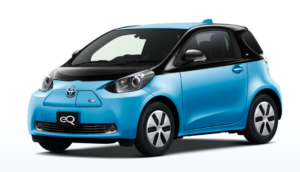 Toyota of course is not a one-trick pony. As well as the Corolla, the company today has many vehicles in many categories, including in the growing market for vehicles which use alternatives to the traditional combustion engine, including its Prius hybrid model, the Rav4 all-electric car, the iQ EV (pictured), and a number of prototypes.

The electric vehicles market may not be as large as the one for conventional cars, but much like autonomous and advanced driver assistance systems, it is perhaps inevitable that it will overtake the combustion-engine market if it keeps growing.

For now, however, Toyota, as noted earlier, enjoys an elevated position as one of the world’s biggest manufacturing companies, not just in automaking.

Here is a list of some of the world’s largest automakers, as calculated by the International Organization of Motor Vehicle Manufacturers. These figures are for the year 2014 and are all type of vehicles produced by the companies mentioned, under all the marques they own.

Top 20 automakers in the world

This list is not presented as exhaustive (pun unavoidable without thesaurus), and some automakers may not be included, which is simply an oversight. But anyway, it gives you an idea of who the leading companies are and what their sales were in 2014. And it makes for a nice-looking pie chart.