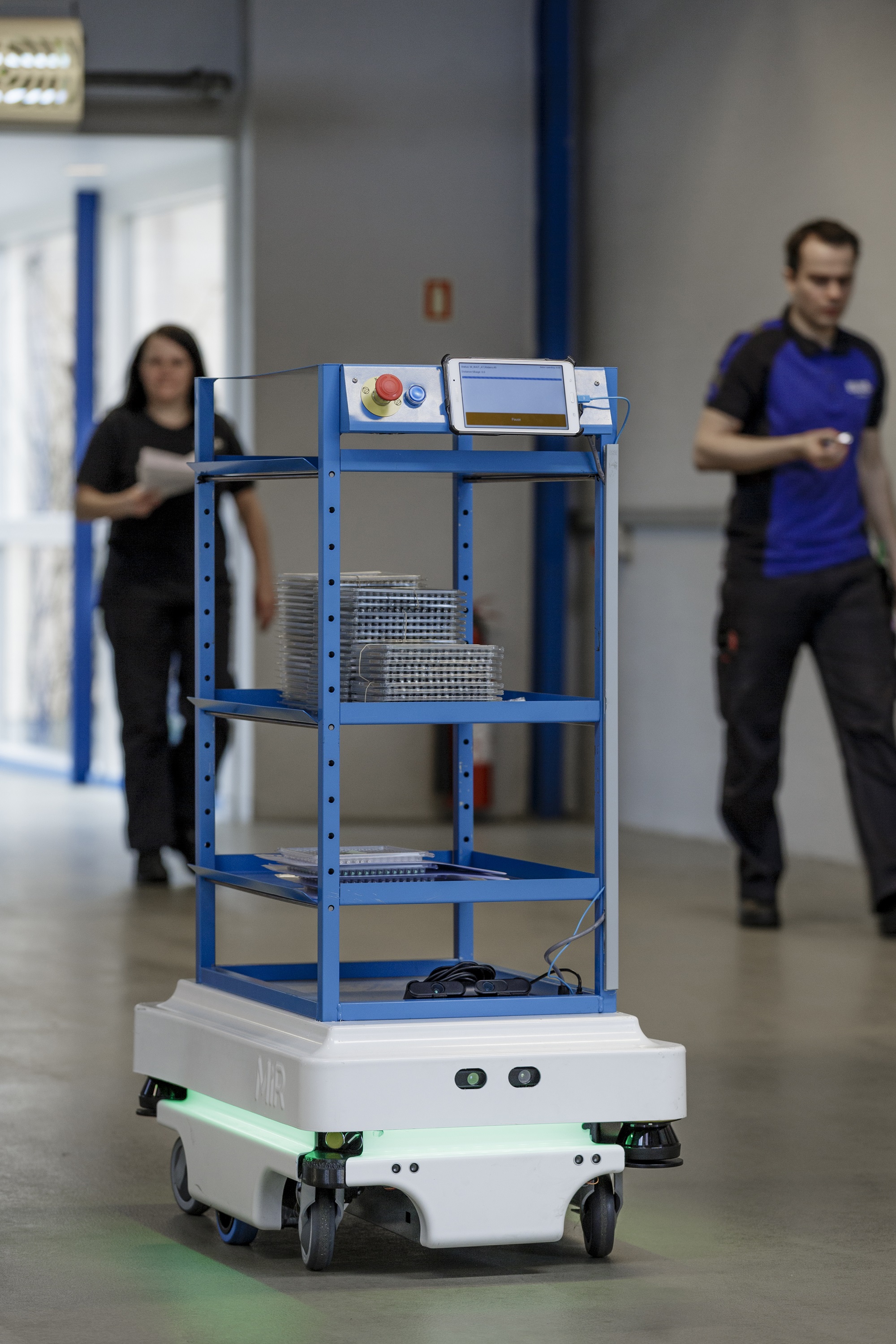 Rodriguez Automation has signed a deal to distribute the MiR100 platform of mobile robots for the automation of internal transport.

Indeed, high operational efficiency means that return on investment can be achieved within 12 months in many instances. 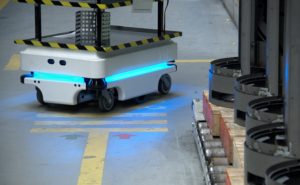 Designed for small-to-medium transport tasks within the industrial, logistics and healthcare sectors, the MiR100 requires no structural changes to the building, wires in the floor or sensors in the ceiling, says Rodriguez.

The machine was developed by Mobile Industrial Robots, which says the design allows agile driving through doorways, as well as in and out of lifts.

Moreover, integral technology means that the robot can either identify its own driving areas and surroundings, or import 3D schematics of the building layout.

Rodriguez says due to its high specification safety features, the MiR100 can be used for collaborative operations in environments populated by people. It automatically decelerates, stops and re-routes around obstacles as necessary using integral scanners, 3D cameras and ultrasound.

In addition, handling is extremely smooth as the mobile robot is equipped with a bogie-type suspension: a chassis serving as a module sub-assembly of wheels and axles that results in improved weight distribution and improved surface traction.

User-friendly software ensures that anyone can program the robot, while operations can be overseen via smartphone, tablet or PC.

Transport needs and demands vary, so customers can choose from one of three patterns that cover typical transport tasks within industrial, logistics and healthcare facilities. The three driving patterns are called bus service, post and taxi.

Furthermore, it can be equipped with a variety of bespoke modules depending on the type of goods or materials to be transported. The mobile robot offers an operating time of 10 hours or 20 km, and has a maximum speed of 5.4 km/h. A turning radius of 0.55m is achievable around the centre of the robot.

Also available is a hook version (MiR100 Hook). This is essentially a mobile robot featuring an extendable on-board hook for the fully automated pick and delivery of trolleys.