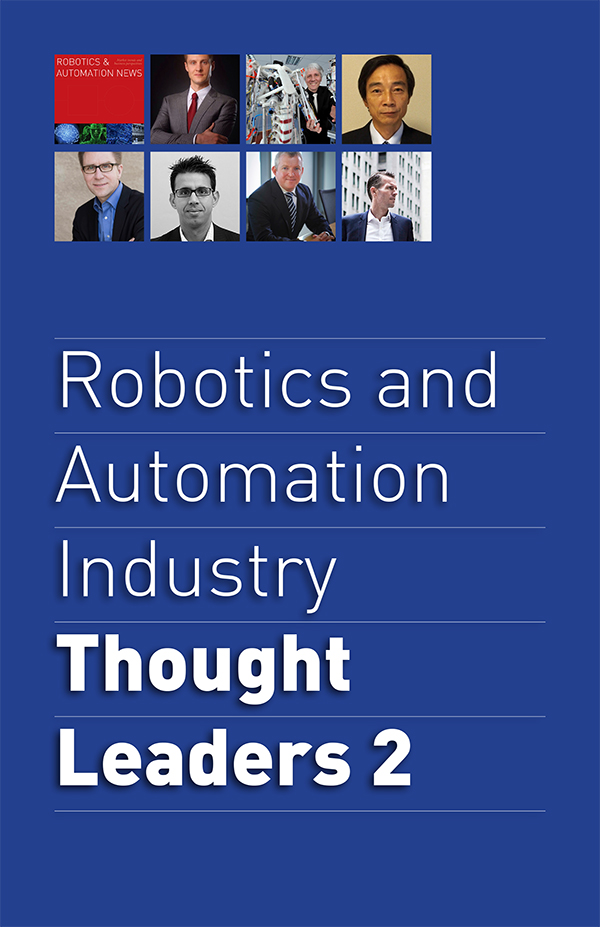 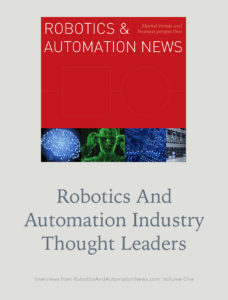 Robotics and Automation Thought Leaders is now available in our shop.

Purchase a copy and support this website so we can bring you all the news and information that matters to your business and work, as well as reflect your interests.

It’s been a year since the launch of the Robotics and Automation News website.

And as part of our celebrations, we are moving into book publishing, the first one being this one, a collection of some of the best interviews we have conducted over the past year.

It’s the first of a series, as we interview interesting people from the tech world on an ongoing basis, and we thought people might like to purchase the conversations as collections contained within a book such as this one.

Included in the first of the series are some fascinating interviews with key industry professionals, all of whom are listed and named below, along with the first paragraph for the interview article.

Visit Amazon now and buy a copy for yourself, and one for each person in your social network maybe, and be happy in the knowledge that it will help secure this website and, by extension, the Internet itself.

Jane Zavalishina, CEO, Yandex Data Factory
If AI Ruled the World
Some people say artificial intelligence will eventually take over the world, and make humans obsolete and useless in large parts of society, starting with firing us from all employment – low-skilled or high. Others say it’s already happened – that AI rules the world… Buy the book

Minoru Usui, president, Seiko Epson
We Are Living in ‘Extremely Transformative’ Times
When you want to talk to someone about robotics and automation, especially in an industrial context, who better to talk to than an expert from Japan? Not wishing to compound any stereotypes, the “land of the rising sun” has shown itself to be an early adopter of many, possibly all, advanced technologies for many decades now… Buy the book

Saagar Govil, chairman and CEO, Cemtrex
Electrifying New Markets
A lot’s happened since this website was introduced to Cemtrex a few weeks ago. The company’s been on a gigantic spending spree, buying up companies and restructuring its business for new markets as though it were in a hurry to get somewhere fast… Buy the book

Arun Srinivasan, senior vice-president, Bosch
‘Bish, Bash, Bosch’
It’s a small word. Bosch. Associated with so many things, most famously “bish bash bosch”. A meaningless phrase really, but according to the Urban Dictionary, it’s “used to describe the efficiency of a process you have just explained, often used if there are three steps to the process”… Buy the book

Alan Norbury, industrial central technology officer, Siemens UK
From Art To Science
German industrial giant Siemens employs approximately 15,000 people at around 30 locations across the UK. Globally, it employs around 350,000 and has annual revenues of more than €75 billion. It is said to be the largest engineering company in Europe. It’s also claimed to employ more computer programmers than does Microsoft… Buy the book

Scott Mabie, general manager, Americas division, Universal Robots
Astronomical Growth
Industrial robots have always been somewhat captivating to watch because of their precision of movement, but their sheer size and power exudes an air of ominous foreboding, which is why the vast majority have always been caged off, kept away from their human counterparts at factories, where they were mostly to be found… Buy the book

Olivier Grenier-Lafond, sales and marketing co-ordinator, Robotiq
Tools of the Trade
Industrial robots have been around for a long time, and have captured the imagination.