By Sundeep Sanhavi, CEO of Data RPM, who claims data science and machine learning will save lives in this exclusive article for Robotics and Automation News

Recalls happen all too frequently, often as a result of some horrendous accident or incident. But there are ways in which the predictive qualities of data science and machine learning can relegate recalls to the annals of history.

“A new car built by my company leaves somewhere traveling at 60 mph,” explains the Narrator in the film adaptation of Chuck Palahniuk’s Fight Club.

“The rear differential locks up. The car crashes and burns with everyone trapped inside. Now, should we initiate a recall? Take the number of vehicles in the field, A, multiply by the probable rate of failure, B, multiply by the average out-of-court settlement, C. A times B times C equals X. If X is less than the cost of a recall, we don’t do one.”

Edward Norton’s chilling performance aside, vehicle recalls are a persistent problem. Their persistence – given the increasing availability of improved technology and insight – is baffling. 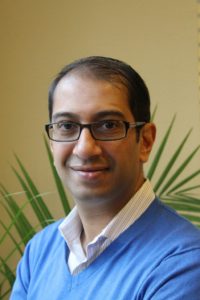 With threats to life and limb associated with those makes and models that are recalled, motorists must trust in car companies to alert them when a recall takes place.

Yet, for all the potential dangers, there is one other hang-over from Fight Club when it comes to consumer safety – the first rule of recalls, it seems, is that we do not talk about recalls.

In fact, to merely label recalls a persistent problem is to grossly understate the issue. In the United States in 2013, more cars were recalled than were sold. From the start of 2014 to May of that year, 20 million automobiles were recalled, more than 65 per cent of which were from General Motors.

By end of that same year, vehicle recalls hit an all time high of 62 million units across the country.

Yet despite the shocking headline figures, recall-culture is allowed to persist. Even today, recall stories continue to make newspaper pages before being swept under the rug, where they are allowed to propagate, unchecked, once more.

Publications in the US have been awash with stories of defective airbags from manufacturer Takata – supplier of 14 car makers – which have led to 14 deaths and more than 100 injuries.

The defective inflators that are causing deadly accidents are estimated to be present in some 64 million airbags, leading to the largest recall in automotive history.

And it’s not just cars, either. Rolls-Royce was rocked by news recently that Japanese airline All Nippon Airways (ANA) had ground its 50-jet Dreamliner fleet – the world’s largest – after defects meant the airway would have to deal with cracking in the medium-pressure turbines of Rolls-Royce’s Trent 1000 engines.

The ensuing chaos has led to hundreds of flights being cancelled up to the end of September. The issue of recalls needs addressing urgently – but how?

The answer – perhaps obviously – lies in technology. Modern day cars are filled with many more sensors than previous models. In fact, where earlier automobiles had just eight sensors, modern motors boast 122, normally at a cost of just $1 per sensor.

These include obvious external sensors – such as those used to help with parking maneuvers – and less obvious internal ones, which monitor things like acceleration to break control, heat and airbags.

The thing is, these sensors collect untold levels of data. Bytes upon bytes of it. With proper analysis, this information can be used to prevent recalls from happening at all. Of course this is not possible for humans to do manually – it would take far too long – but the technology does exist for machines to do the heavy lifting and provide meaningful insight that could relegate recalls to the history books.

How to make it work

We need to see a universal adoption of machine first learning for preventing costly recall procedure. With stellar advances in the fields of data science, machine learning, artificial intelligence (AI) and the internet of things (IoT), we need to accept that these phenomena are here to stay. We also need to make sure we are using them to the highest possible level that we can.

This is important because – as with all things that go wrong – car accidents and recalls are never caused by the last action, but rather the end result of multiple failings.

According to a report from McKinsey, predictive maintenance could save businesses an astonishing $630bn a year by 2025.

However, for that to happen, predictive and prescriptive analytics must be adopted enthusiastically.

However, with machine learning and predictive data analytics, all sensors can be continuously monitored by machines, which provide accurate and timely prescriptive actions.

At its highest level, meta-learning – the process of learning to learn – can be applied to help machines make decisions and predict in advance of a recall what could go wrong with a vehicle before an accident happens.

Machines will be able to learn from previous results, leading to developments that can – and will – save lives. Heightened levels of data analysis from machines gives more time and opportunity for human overseers to apply much needed domain knowledge to apply an appropriate response.

This combination of machine speed and human cognitive thinking is hugely powerful and has enormous potential.

By implementing these together, we can have a massive impact on catastrophic incidents downstream, all the way from a car seat belt to a turbine in an Airbus engine. Then, maybe, we can say goodbye to recalls and hello to improved safety for all.