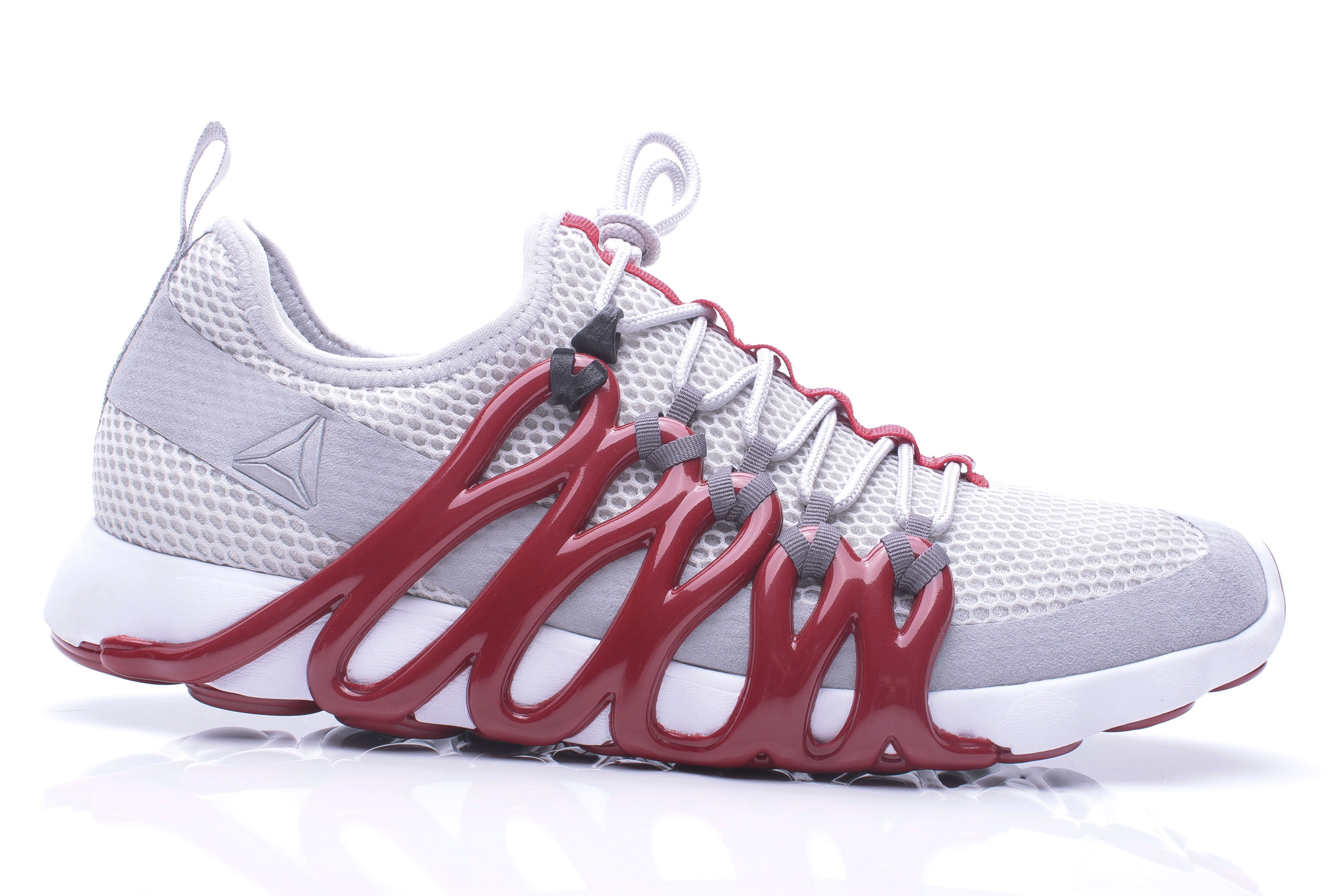 The new technique uses 3D drawing, where a proprietary liquid material, created especially for Reebok by BASF, is used to draw shoe componentry cleanly, precisely and in three-dimensional layers.

This proprietary layering technique is used to create totally unique footwear, without the use of traditional molds.

The Liquid Factory project is spearheaded by Bill McInnis, head of future at Reebok and a former Nasa engineer.

Reebok says this next generation of footwear manufacturing allows the fitness brand to design and create a high performance athletic shoe faster and more efficiently than ever before.

“With Liquid Factory, we wanted to fundamentally change the way that shoes are made, creating a new method to manufacture shoes without molds. This opens up brand new possibilities both for what we can create, and the speed with which we can create it.

“With this new process, we were able to program robots to create the entire shoe outsole, without molds, by drawing in layers with a high-energy liquid material to create the first ever energy-return outsole, which performs dramatically better than a typical rubber outsole.

“The all-new Liquid Factory process is also used to create a unique fit system that stretches and molds around the foot, providing a three dimensional fit.”

The first concept shoe born from this manufacturing process is the Reebok Liquid Speed. Liquid Speed is an energy return-focused running shoe that also brings the outsole and lacing together in one piece for a comprehensive feel and sensory feedback for the entire foot.

Reebok is releasing the Liquid Speed with a limited edition 300 pair production run.

Each of the 300 pairs is individually numbered, tagged and boxed. They are available at Reebok.com and FinishLine.com for $189.50.

The Liquid Speed shoe was designed and assembled in the USA and created with a three-way collaboration between Reebok, BASF and Rampf Group in Wixom, Michigan. Final assembly for the Liquid Speed shoe took place at Reebok Headquarters in Canton, Massachusetts.

In early 2017, Reebok plans to open its own Liquid Factory manufacturing lab in collaboration with AF Group, of Lincoln, Rhode Island.

McInnis says: “One of the most exciting things about Liquid Factory is the speed. We can create and customize the design of shoes in real time, because we’re not using molds – we’re simply programming a machine.

Reebok’s president, Matt O’Toole, says: “Reebok has a long history of innovation and our commitment to looking outside our industry to drive this forward is big part of that.

“The Reebok Future team was created to innovate not only the products we make, but also the process by which we make them. We’re looking at how we can bring speed, customization and enhanced product performance to the process of creating footwear – and Liquid Factory is a very exciting development in this area.”