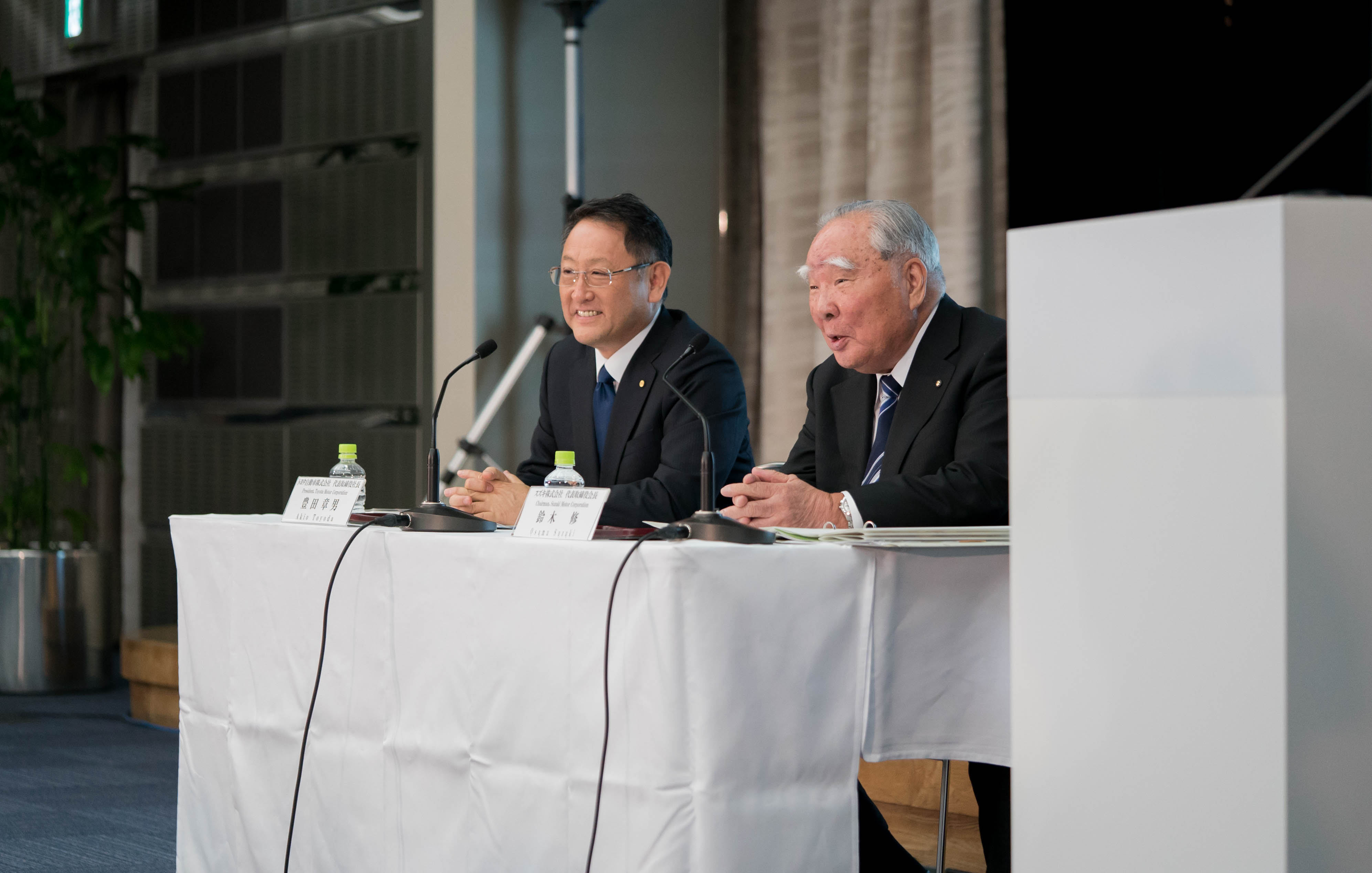 Suzuki and Toyota have agreed to collaborate on advanced driver systems and autonomous vehicle technologies, although the details were not discussed.

The companies say they have started exploring ideas that are directed towards a business partnership.

In a statement, Toyota and Suzuki say they recognise the environment surrounding the automotive industry has been changing “drastically and rapidly in an unprecedented fashion”.

As such, the industry is required to work not only on conventional automobile research and development, but also on R&D for advanced and future technologies in the fields including environment, safety, and IT.

In addition to the R&D that is conducted by individual companies, it is increasingly important to work together with other companies on areas such as infrastructure development, as well as the establishment of new industrial standards.

With its primary focus on small vehicles, Suzuki has been consistently refining its technologies so as to develop vehicles with high price competitiveness.

However, in the face of the advanced and future technology R&D field, Suzuki acknowledges that it is increasingly feeling a sense of uncertainty.

On the other hand, although Toyota has been working on R&D in the environment, safety, and information technology fields, Toyota is conscious of the fact that it may be behind competitors in North America and Europe when it comes to the establishment of standardizations and partnership with other companies.

Toyota and Suzuki just started exploring on any opportunities for collaboration, with the belief that it will help both companies solve their respective challenges.

This discussion is based on the prerequisite that both companies continue to compete with each other in a fair and independent manner. Toyota and Suzuki say they will also be open to other companies regarding this collaboration idea, and aims for standardization in the industry.

Osamu Suzuki, chairman of Suzuki, says: “Toyota is the industry-leading, and the most reliable company which is actively working on various advanced and future technologies. I am appreciative that Suzuki is able to start discussions with Toyota to explore ideas on a partnership.

“I first spoke about this possibility with Toyota’s Honorary Chairman Shoichiro Toyoda, and am very grateful that President Akio Toyoda has also showed an interest. We will proceed with discussions for the future of Suzuki.”

Akio Toyoda, president of Toyota, says: “As the environment which surrounds the automobile industry has been changing drastically, we need to have the ability to respond to changes in order to survive. In addition to the R&D which each company is working on individually, it is very important now to have partners who share the same goal and passion.

“We would like to always keep our doors open for new partnership opportunities, which will contribute to the making of ever-better cars as well as to the development of the automotive industry.”

Osamu Suzuki, Chairman of Suzuki Motor Corporation, says: “We remain determined to manage Suzuki as an independent corporation. However, technological competition in the automotive industry in areas such as information technologies has been evolving rapidly.

“Suzuki’s current business focuses on minivehicles in Japan, and in India, when it comes to operations outside of Japan. Even in such countries, we have understood that there will be uncertainty in the future if we only continue to just refine our traditional automobile technologies which we have been working on thus far.

“I have been discussing these issues with Toyota’s chairman, Shoichiro Toyoda, about whether we can explore on ideas to collaborate with Toyota.

“I am determined to proceed with it for Suzuki’s future.”