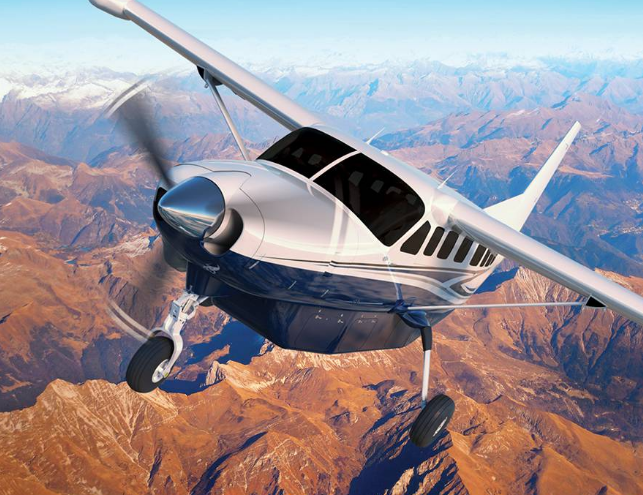 The Hindenburg disaster, in which a massive German airship caught fire while landing in the US, resulting in the deaths of 36 people, occurred in 1937, but even today it’s remembered and thought of as the reason why airships never took to the skies in large numbers.

The powerful images of the accident left many who viewed them with the impression that airships were dangerous, partly because they were filled with gas lighter than air.

But whereas the Hindenburg was filled with a flammable gas, modern airships are not – they haven’t been for many decades.

Modern airships achieve their uplift using helium, among other gases, which are not flammable and are regarded as safe.

So whatever the reason airships have not been anywhere near as prevalent as jet planes, it’s not because they’ll crash and burn.

Whereas early airships generally used hydrogen, an abundant yet dangerous and unstable gas, after the Hindenburg, airships used helium, which while not flammable is more scarce and therefore more expensive.

However, rebuilding public confidence in airships as a safe mode of air travel has taken time, and it’s still not a certainty that an industry can develop around the special type of aircraft.

Up, up and away

So, given the somewhat traumatic history of airships, it follows that it’s military and defence companies which have since taken up the challenge of rebuilding confidence in a mode of transport many believe has much commercial potential.

A few months ago, Lockheed Martin, the maker of fighter jets and other military aircraft and defence technologies, signed a deal with Straight Line Aviation to supply 12 airships.

The deal is said to be worth $480 million and is for 12 airships (example pictured right), each about the size of a football field, and intended for carrying carg0, according to CNBC.

Lockheed Martin’s Skunk Works division, which developed the airships, will deliver the from 2018 to 2021, possibly signalling a new era when giant blobs will compete with clouds to block out the sun.

Lockheed Martin says its aircraft is a “hybrid airship”, and indeed sells them through a business unit called Hybrid Enterprises.

“Having an experienced team such as SLA recognize the Hybrid Airship’s potential by signing the LOI [letter of intent] solidifies the demand for this new mode of transportation. We are honored and excited to share this milestone with them.”

The speed of its airships, says Lockheed, is around the same as a road-going vehicle, such as a truck, with a slightly higher fuel consumption.

And this is the general consensus – that airships can be a competitive mode of transport, particularly for cargo. But their main advantage – perhaps their unique selling point – is that they can land and take off from just about anywhere, on land or even water.

Slowly growing into a large industry

Given their cost, capacity and mobility advantages, it would seem inevitable that airships will eventually become an accepted mode of transport and could compete with trucks as well as cargo vessels at sea.

And although the Lockheed Martin airship is said to consume more fuel than the average truck, other airship companies claim the aircraft are generally better for the environment because they actually consume less fuel.

Another airship company which has signed a deal to supply several of its aircraft to a customer is Solar Ship (pictured right), operating in strategic partnership with Kuang-Chi Science.

The two Wolverine aircraft can carry a 20-foot shipping container with a minimum payload of 5 tonnes. The picture on the right shows the Solar Ship hangar.

Manaf is involved in a joint venture called Peace + Freedom, and delivers critical cargo – such as food, clothing, medical supplies, and basic necessities – to the Great Lakes region in Africa, which includes the east central countries Burundi, Congo, Kenya, Rwanda, Tanzania and Uganda.

Solar Ship does not disclose the financial details of the Manaf deal.

Its director of Africa operations, Michel Rugema, says: “We have been working with Manaf since 2014 to establish their requirements and to develop the right aircraft for their needs.

“The goal of our platform is to access areas where there is no infrastructure so we can help people in their daily lives and unleash their economic potential.

“Both sides of the partnership know the Great Lakes region of Africa well. Manaf has vast experience and an established network— Solar Ship is ready to start deploying with them in Africa in 2017.”

Lockheed Martin and Solar Ship are by no means the only airship manufacturers and developers looking to surf what many believe will be a growing wave of orders and business.

The Goodyear blimp is perhaps the most well-known airship, but it’s actually part of Lockheed Martin’s operation.

Other companies developing airships are often doing so under the watchful gaze of organisations such as the Defence Advanced Research Project Agency, which was also the overseer of the Lockheed Martin airship.

Darpa is said to be developing an autonomous airship which will operate in the stratosphere and be used for surveillance, although this seems to be a secretive project and military in nature, which is beyond the scope of this article and indeed this website, mostly.

In terms of civilian – or at least mostly civilian – projects, here is a list of companies taken from a database compiled by the Airship Association:

Even if lots of companies order lots of airships and regulators allow them to fly around much like aeroplanes, it’s unlikely that airships will initially be approved for carrying large numbers of passengers.

But that hasn’t stopped companies such as Dassault Systèmes from promoting its product lifecycle management software as the way to build quite impressive-looking cruise ships for the skies, as they could perhaps be called.

And of course many artists create futuristic concepts of such craft, an example of which is shown in the main picture at the top of this article.

Certainly airships are likely to get much more technologically complex and more of an engineering challenge, which would of course require sophisticated software to manage, but the airship industry – such as it is – already generates numerous patents every year and it’s probably a matter of time before it becomes a significant market for industrial robotics and automation companies.

For the time being, however, the traditional aircraft industry is a big customer for robotics and automation technology, with Kuka, Fanuc, ABB and all the other leading robotics companies present in the market.

In terms of the aircraft manufacturing market, it’s common knowledge that Boeing, in the US, and Airbus, the European company, dominate, with each company holding approximately 45 per cent.

The other 10 per cent includes well-known names such as Bombardier, Embraer, Cessna (picture right), and Gulfstream; and this is the end of the market which could perhaps provide an indication of how the airship market will develop in the coming decades.

Data collated by Forecast International indicates that Textron – owner of the Cessna and Beechcraft brands of plane – is the market leader. Below is a list of aircraft manufacturers – not including Boeing and Airbus – and the number of aircraft they sold in 2015.

This is what the above data looks like in pie chart form, because we enjoy looking at graphics.

If you’re interested in hot air balloons, you might want to check out this article, How Much Does It Cost To Buy A Hot Air Balloon?