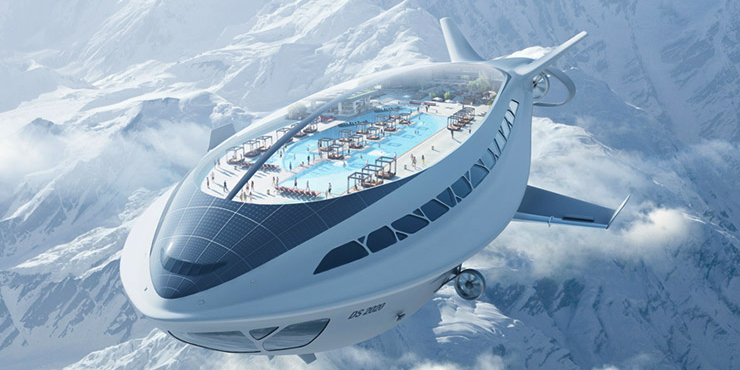 Not all PLM software is the same, of course. Some emphasise the research and development area, while others are more concerned with costs and distribution. But mostly PLM is thought of as an engineering system, and mostly it’s customised for large companies, although it’s moving to the cloud more and becoming accessible to smaller companies.

Essentially, PLM software enables companies to speed up the development of their products at the same time as improving its quality, durability and other important aspects.

The concept, or forerunner of what became known as PLM, was said to be introduced in the mid-1980s by American Motors Corporation, which started in its quest to better compete with rivals by introducing computer-aided design systems, or CAD, to make its engineers more productive.

The AMC Jeep Grand Cherokee was one of the first vehicles to be produced using the new business process, and the its success attracted Chrysler, which eventually bought the company.

The main advantages of PLM include:

Some of the companies which provide PLM software systems include:

These lists are presented in no particular order and are not meant to be comprehensive, and none of the solutions has been evaluated by Robotics and Automation News.

For a comparison between some of the solutions, with reviews, we suggest visiting websites such as G2 Crowd.

There are a number of solutions which are not mentioned in the above list which can be seen at Direct Industry.

None of the links in this article are sponsored.

Because of PLM software’s overlapping functions with what are considered “engineering applications”, it’s difficult to quantify market share of its solution and company, but data published by AppsRunTheWorld.com provide an overview of what might have been happening in the past year or so.

The research website estimates the overall market to be worth more than $17 billion in license, subscription and support revenues, with Dassault Systemes as the market leader with $2.7 billion in revenues from related products.

Another company, Research and Markets, suggests the cloud-based PLM market would be worth more than $40 billion by 2021 as the increasing adoption of the Internet of Things continues to drive the sector’s growth.

PLM software may be most strongly associated with the automaking sector, given that it is said to have started there, but most manufacturing businesses employ similar systems nowadays.

In the garments and accessories manufacturing trade, for example, Centric Software has reached a number of deals in the past month or so, with clothes Bench, MGT, Gant, and Lancaster, which makes leather bags and other goods.

Tom Stevenson, vice president of operations at MGT, which is known for making sleepwear, says the “key differentiator” in the company choosing Centric is that it specialises in PLM software.

The Centric solution integrates with Adobe Illustrator, among other applications, and is said to minimise administrative tasks.

Stevenson says: “The ability to work directly in Adobe and to mark changes up without having to leave the program and go and update them in another application is also something that we found very exciting.  We’ll be rolling out Centric to merchandisers and designers first. These mentors will then be able to support their fellow users to get up and running.”

Centric says it has seen its market share grow significantly over the past year.

Meanwhile, Selerant, which seems to be strong in the food and beverages sector, has signed up Perfetti van melle – believed to be one of the world’s largest manufacturers and distributors of confectionery and chewing gum – to its PLM solution.

Perfetti says the Selerant application – called DevEX – will help unify and control critical aspects of new product development and introduction, from innovation and R&D, specifications and formulation management to compliance and packaging.

In terms of innovations within the software itself, Autodesk has introduced product data management to its cloud-based PLM solution, according to Engineering.com, which says the addition is “the biggest thing to happen to Autodesk PLM since Autodesk launched PLM360 in 2012”. The overall solution has also been renamed Fusion Lifecycle.

It may have started out in a large automaking company, but PLM software is also finding its way into small- and medium-sized business, says Chuck Cimalore, CTO for Omnify, in an article for DesignEngineering.com.

Cimalore says: “In the past, few PLM vendors focused on the SME market. Now, larger PLM players are realizing the opportunity and are trying to strip down their large, often-cumbersome enterprise PLM system to adapt to SME’s requirements. The only problem is these systems were not designed for this market. Larger PLM systems were not architected with out-of-the box functionality.”