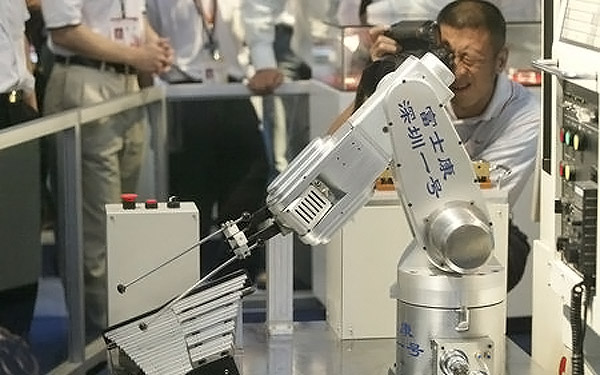 Foxconn, the Taiwan-headquartered industrial robotics and automation company which makes a lot of Apple’s devices including the iPhone and iPad, says it has now installed 40,000 industrial robots in mainland China.

This is according to a report on the Next Big Future website, which adds that company plans to increase that figure ten-fold.

The robots are built almost entirely in-house with the exception of some components like servo motors and speed reducers, said Foxconn’s Dai Chia-peng to Taiwan’s Central News Agency, as quoted by DigiTimes.

The robots are being installed in Foxconn factories across China, including in Zhengzhou, Chengdu, Kunshan, and Jinshan.

Dai says that in addition to producing robotic products in-house, Foxconn is not ruling out the possibility of acquiring other robot-producing companies. The company also plans to step into the production of medical robots.