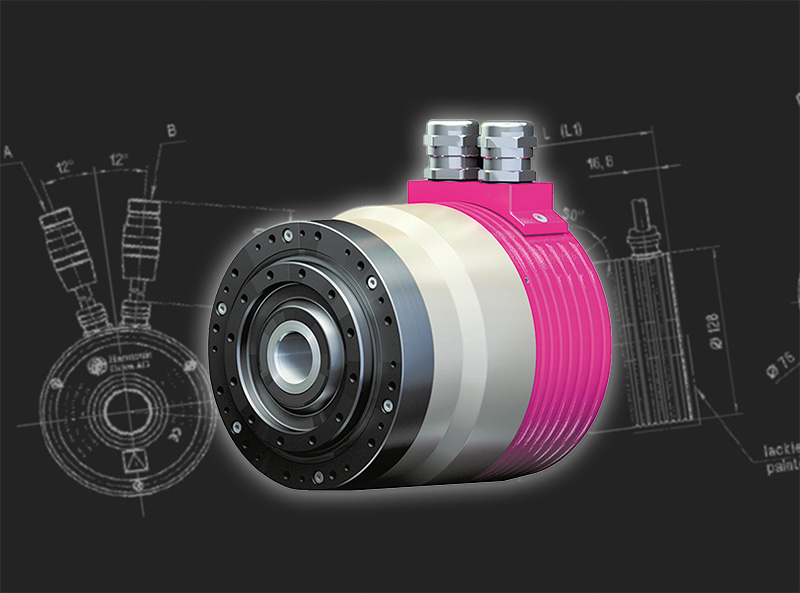 Richard Hurst, product manager at Harmonic Drive looks at the latest technological advancements, such as high precision gears, that are allowing these trends to move from the periphery of the industry into the mainstream

The biggest trends in the robotics industry include collaborative robots (CoBots), a move towards high precision applications and the rise of the Internet of Robot Things (IoRT).

Between 2010 and 2014, robot sales reached 171,000 units globally, a rise of 48 per cent on the previous four years and representing a compound annual growth rate of 17 per cent.

This is according to research by the International Federation of Robotics (IFR), which also identified China as the world’s biggest buyer of industrial robots with a 25 per cent share of the worldwide market.

However, this rapid pace of development is nothing new. The history of modern robotics is a short one, with much of the innovation in the sector happening in the last fifty years.

If we look back, we can see that credibility in the industry was really established with the advent of the first industrial robot, created by American inventor George Devol in the 1950s and patented in 1961.

Devol’s invention was significant for a few key reasons, not least of which was the robot’s ability to offer freedom of movement through six axes. It also demonstrated the effective use of hydraulic power and was capable of lifting payloads of up to 250kg.

So what makes this latest surge in growth significant? Taking a closer look, we can see that improvements in integrated technology such as motors, drives, controls, gearing systems and sensors are really driving demand across sectors including automotive, industrial automation and the electronic semiconductor market. These technological advancements are leading to some unique and never before seen innovations and trends.

Having specialised in high precision gearing systems for as long as industrial robots have been around, here at Harmonic Drive, we have also experienced a similar demand for gearing systems that are lighter, more compact and more powerful.

In the last decade alone, our focus on meeting our customers’ increasingly demanding requirements has resulted in a 90 per cent increase in the torque-to-weight capacity of our gearing component sets — improving from an average of 310Nm/kg to an extraordinary 580Nm/kg.

As a result of these developments, we are now witnessing a shift in the industry based on three new trends. These include the rising popularity of collaborative robots, the demand for ultra high precision and the wider adoption of the Internet of Things (IoT).

CoBots are set to mimic and learn from humans. Picture this: a small electronics assembly plant consisting of dozens of assembly lines is operated by a handful of human workers and yet productivity and efficiency is higher than was ever achievable with all-human setups.

How is this possible?

CoBots, of course. Previously reserved for heavy industrial applications and confined to cages to prevent accidental injury to human workers, six axis robots are quickly moving to applications traditionally only deliverable because of the dexterity inherent in human hands.

We are now reaching a point where the integration of previously disparate electromechanical components is making small desktop robotic arms a reality. Motors, gears, bearings, housings, sensors, control electronics and connectors can all deliver a high level of performance in a small package.

In many cases, a human worker can stand next to a robot, hold its hand, and guide it through a delicate task. This movement is perfectly recorded in real-time and the software can begin to automatically programme the necessary commands allowing the robot to repeat this task again and again.

Increasingly sophisticated computational and algorithmic intelligence further allows the robot to “learn” and improve tasks as it becomes more experienced.

Anyone that has threaded the eye of a needle will appreciate the dexterity and finesse required to complete the task. Now imagine doing this at high speed with the same level of accuracy, repeatedly for 24 hours and then you will come close to understanding the demands placed on modern semiconductor manufacturing.

Applications including material handling, automotive manufacturing and dispensing in pharmaceutical and food processing would simply be unable to achieve the high volume and high quality output they currently enjoy, without high accuracy robotic automation.

In particular, wafer-handling robots used in the semiconductor industry — to produce the computer chips used in our everyday devices — have the challenging task of stacking silicon wafers into a cassette tower by accurately detecting wafer presence and position.

This task is completed by calculating the wafer centre to an accuracy of 5,000ths of an inch to reduce errors. This is only achievable with the zero backlash, and lightweight high precision gears used in the robotic arms.

Accuracy will continue to play a major role in the next decade as we witness the advent of surgical robots, where surgeons can perform operations remotely, without the need to be physically present.

The Internet of Robot Things

There is no doubt that the IoT has already made waves in the world of consumer electronics. The increased use of embedded sensors, along with higher bandwidth broadband and mobile speeds is set to revolutionise public transport, driverless cars, smart wearable medical devices, as well as building HVAC and lighting management.

This trend for IoT enabled devices is also spreading to the industrial automation sector. Amazon recently brought its robotic fulfilment model to the UK. Having purchased a robotic manufacturer for over £530m in 2012, the online retailing giant is working hard to realise drastic efficiency improvements in its fulfilment process. Before long, we can expect orders to show up at our door within hours of clicking the buy button.

Apart from reliable sensor data, the hardware behind these robots needs to deliver long-term reliability. It is no use making efficiency savings in the short term if parts such as gears and motors need to be replaced every quarter.

Managing maintenance schedules, reliability and return on investment is essential if businesses want to make the transition to highly automated industrial setups.

The trend for collaboration, high accuracy and the internet of robot things is well underway. The rapidly changing robotic environment will continue to pose both challenges and opportunities for small and large businesses alike. Businesses that respond quickly, adopt and integrate these technologies will be the ones to gain the most competitive advantage.