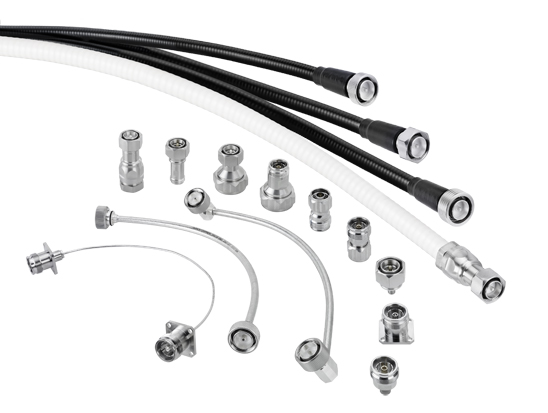 By joining the expertise of three leading RF connector manufacturers in the telecommunications industry, the target has been to develop a small coaxial connector system which will meet existing and future demands of small cell networks for 4G and upcoming 5G networks.

The highlights of the Nex10 connector system are its robustness, small size, PIM stability and flexibility of different coupling mechanisms, such as torque/screw and push-pull. The minimum flange height is 12.7mm.

The NEX10 interface’s robust design eliminates any damage or operator errors during installation and is optimized for cable sizes of up to ¼” corrugated cables.

The weather protection boot, which is part of the interface, makes it optimum for outdoor use under extreme weather conditions.

In a joint statement, the Nex10 consortium members say: “By combining the expertise of Huber+Suhner, Radiall and Rosenberger, we are creating an interface which can meet challenges of low PIM and robustness in a small size for small cells and DAS applications.

“Electronica 2016 marks the first time that Nex10 will be demonstrated to the public before its scheduled 2017 launch and we are very much looking forward to showcasing this partnerships’ innovation.”

Electronica exhibition visitors can see the Nex10 and learn more at Huber+Suhner Booth 562, November 8-11 at the Messe München trade-fair center in Munich.