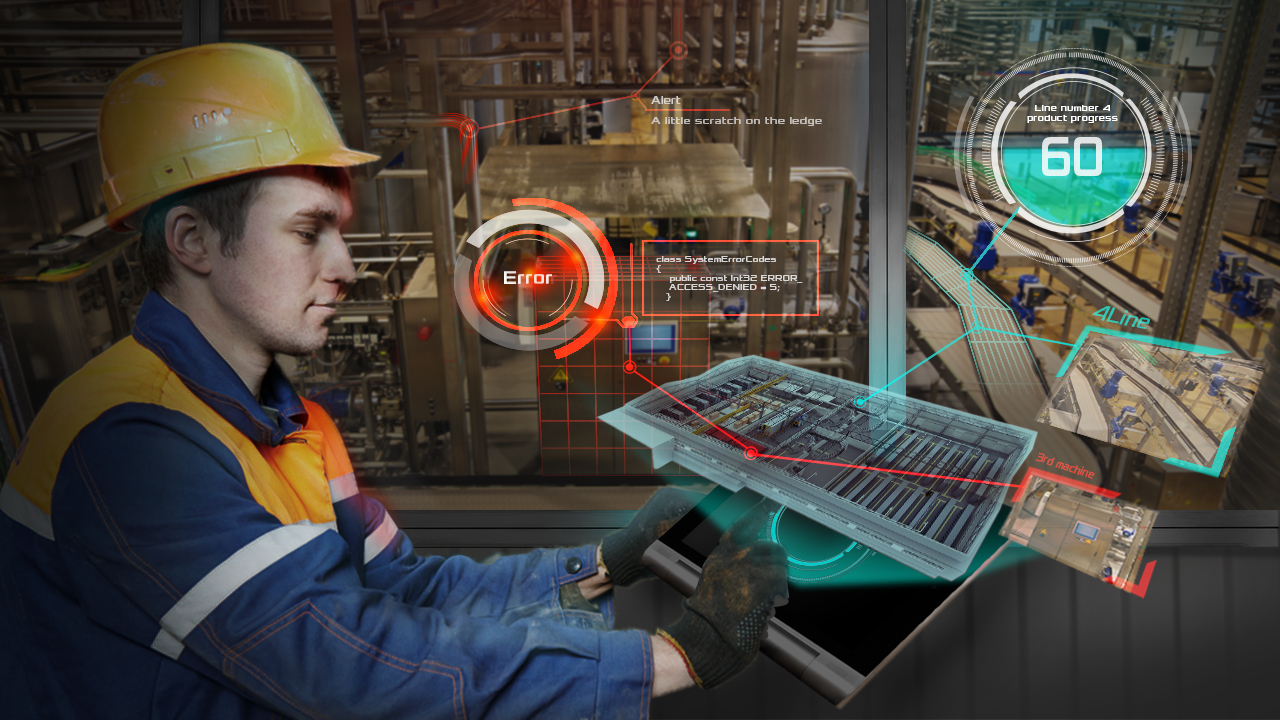 True, it’s all about connectivity. But that is, in fact, a very big deal – lots of very big deals, lots of very small deals, just lots and lots of deals, which, when combined, is indeed a huge, historic shift in industrial production, encapsulated by some in terms such as “Industry 4.0” or “Industrial Internet”.

Having been articulated, arguably, by the Germans, talk about “the fourth industrial revolution” or “Industrie 4.0” has permeated virtually all conversations about the future of manufacturing.

It follows then that the Germans are at the forefront of smart factory developments. Audi, for example, has just rolled off its first vehicles from its smart factory in Mexico.

The all-new luxury Q5 sports utility vehicle is being built at a facility, in San José Chiapa, which has an annual production capacity of 150,000 premium SUVs, mostly thanks to the advanced manufacturing techniques made possible by  new technology.

Professor Dr Hubert Waltl, head of Audi’s production and logistics operations, says: “Our plant in Mexico is a prime example of the Audi Smart Factory. The facility is the first that we have put into operation completely virtually, that is, in a computer simulation.”

Meanwhile, Siemens has been showing the Wall Street Journal around its Amberg plant, where its 1,000 manufacturing units are all connected to the internet and are able to fetch and assemble components without human input.

Designing a self-operating intelligent manufacturing system over the Internet could still be a decade away, but “we have the building blocks”, Siemens board member Siegfreid Russwarm tells Wall Street Journal.

Faster than the speed of flight

Time is of the essence in almost everything in life, and if there’s one thing the Internet has done, it is that it has brought us technology which has accelerated business and societal activity to an unprecedented velocity.

Think back, if you’re old enough, to the early- to mid-1990s, when there was a lot of talk about the internet, a newly created and fast-growing set of technologies which enabled computers to connect to each other and share information through email and the worldwide web.

It may have been invented a few decades hence but it was only about 20 years ago when the internet started growing exponentially, and everyone seemed to have the feeling that this thing would be big. It already was big by then, but there was a sense that this thing almost had a life of its own and it won’t stop until it’s taken over the whole world.

According to statistics collated by InternetWorldStats.com, half the world’s population is now online, and the number is growing by a few percentage points a year. Partial representation of the data is shown in the bar charts below.

The results of humanity’s great migration to the internet and worldwide web are many and varied, but perhaps fundamentally it’s about communication: people were enabled to share vastly greater volumes of information and they could do so much faster than they ever did before.

Email didn’t quite kill off traditional postal services, but physical letters and documents sent through the post became known as “snail mail”. Not because they became slower. In fact, they became faster and more efficient. But the old system was made to look slow by the lightning speed of exchanging information through the net.

But, according to some, a large part of the manufacturing industry is yet to get it in gear and move into the new golden era.

In an interview with Robotics and Automation News a few months ago, Erik Walenza-Slabe, CEO of IoT One, said: “The Industrial Internet has the potential to revolutionize industries from agriculture to aerospace. But adoption has been modest thus far due in large part to a lack of reliable information.

“Data deficiencies exist on both the business and the technical side. Case studies identifying expected return on investment are rare. And communication protocol compatibilities between technologies are seldom transparent.”

There are many studies on the theory of purchasing behaviour, but a common sense article about some considerations made when choosing a manufacturer can be found at Entrepreneur.com.

In summary, the recommendations are:

There’s a slightly more academic one at Your Article Library.

These days, most people expect to be able to find anything they want online and be able to order it for delivery and installation, even an entire factory.

The growth of online shopping and ecommerce means buyers expect and are mostly able to access – through websites and the online exchange of documents – far more information than ever before. It’s logical to think that the more information they have about a product or service, the more likely it is that they will consider it for an eventual purchase.

This is as true in the business world as it is in the consumer world. An engineering company looking to choose a manufacturing plant for their mass production is likely to follow the same thought process.

It would seem reasonable to think that a long-established factory which presents its facility in a modern and attractive way online and offline is more likely to win new business than one which does not. Obviously.

In a report, McKinsey says Industrie 4.0 applications, which includes smart factory solutions, will create a new surge of productivity, “creating value of up to $3.7 trillion per year in 2025”.

It’s all very well reeling off big numbers but the questions many manufacturing executives may be wondering about is whether they can outsmart the smart factory, and whether it really is a “magic bullet” solution to all their challenges?

Another statement of the obvious maybe. But the signs are there that the future is arriving faster than perhaps many would like and their budgets can afford.

The fortunate ones who are in a position to be able to invest in new technology will find an increasing number of companies supplying what would seem to be ready-made smart factory solutions.

Japanese industrial giant Fujitsu, for example, is partnering with Chinese group Shanghai Yidan to sell smart factory solutions in Asia, according to Nikkei.

The Chinese and Japanese governments have each instituted their own forms of “robot revolution”, and are already looking beyond the productivity gains industrial robotics and automation technologies are known to bring.

Another company, Shanghai Yin, claims it will be the first to open a smart factory in the Chinese garment industry. “Yin Group is currently working on a project to build smart factory on 50,000 sq m area in Qingdao city in China,” the company’s technical director Jinliang Xia told Fibre2Fashion.

“Yin Group is already in hardware, now we need to integrate software. We have already tied up with SAP and more alliances with software companies are expected soon,” added Xia.

Panasonic, meanwhile, is looking around China. The Japanese industrial says it will open showrooms in a number of locations in Southeast Asia – including in Indonesia and Vietnam – to demonstrate its own smart factory solutions.

While this article mentions companies which either supply or have adopted smart factory solutions, they are of course not the only ones.

Here is a list of some other companies which provide smart factory solutions you may find useful if you are interested in finding out more about the subject. We have tried to avoid logistics solutions – that would be for another article.

This list is not presented in any particular order and it’s likely that many other companies provide smart factory solutions, even if they are not described as such, whereas the above companies do use the words “smart factory” to describe their solutions.

Maybe there is an argument that says it’s just newfangled jargon for what used to be known as factory automation. That may be true. But others might say Industry 4.0 and the smart factory are not just faddish phrases, they are evidence of a new language for industrial technology.

The machines are talking.