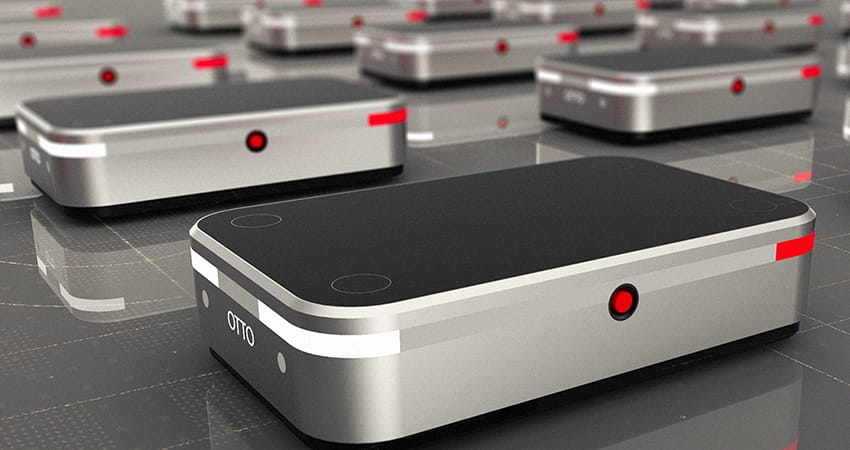 Clearpath will use the funding to grow the company’s industrial division, Otto Motors. Clearpath launched Otto Motors in 2015 to focus on self-driving vehicles for material transport inside manufacturing and warehouse operations.

Companies including GE and John Deere have deployed Otto’s material handling equipment in their facilities.

Rendall says: “The market for self-driving passenger vehicles will be over $80 billion by 2030.

“We believe the market for self-driving materials handling vehicles will be equally significant. Clearpath has a big head start, and this new funding will allow us to further accelerate the development of the best self-driving software in the industry – and bring more Ottos into the world faster.”

Karam Nijjar, Partner at iNovia Capital, says: “Software-differentiated hardware will disrupt every major sector over the next decade.

“Self-driving vehicles are already revolutionizing transportation. Clearpath has built a world-class team, technology and customer base to accelerate that vision. Clearpath isn’t just building the factory of the future; they are laying the foundation for entirely new business models enabled by artificial intelligence, autonomy and automation.”

Manufacturers need flexible and efficient automation more than ever due to rapidly changing market demands.

The US alone anticipates a shortage of more than 2 million skilled manufacturing workers over the next decade. Meanwhile, consumers are increasingly demanding ethically sourced, domestically made products.

Clearpath is helping create a new industry and category of domestic jobs developing, servicing and working with their self-driving vehicles.

Clearpath previously raised $11.2 million in a January 2015 Series A round led by RRE Ventures with participation from iNovia Capital, GE Ventures and Eclipse Ventures to develop their Otto product line.

Officially launched in 2009, Clearpath’s founders established the company by participating in a US Department of Defense-funded robotics competition to design a robot that could detect and remove land mines.

With help from a $300,000 angel investment the following year, the team pivoted from mine removal to providing unmanned vehicle development platforms for the global research community.

After launching the first Otto product in September 2015, Clearpath established its Otto Motors division to focus on self-driving vehicles for materials handling.