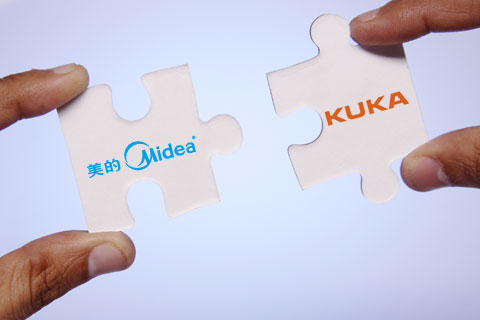 Robotics and Automation News: Are you mainly looking at investing in established companies or startups?

Brian Gahsman: Actually both. There is a great number of publicly traded companies in this space with established earnings and the leaders make a solid foundation of the holdings in my strategy. That being said, even these established companies began as startups in the not so distant past.

I believe that robotics and automation in itself is currently in its infancy stage so maintaining a solid blend of micro-cap, small cap, mid-cap and large cap stocks is the only way to assure my strategy as a whole rides the same wave as the technological evolution that it is based on.

Robotics and Automation News: Do you currently have portfolios or composites that you could give us an insight into, perhaps talk about individual companies and how they are performing? How has the Midea takeover of Kuka affected investors like yourself?

Brian Gahsman: Although I cannot share all of the holdings in the strategy I can provide the following details that you may find beneficial:

The Midea takeover of Kuka has not produced as positive stock performance as Kuka’s management anticipated. Although the company has stated that it is excited at the opportunity to diversify into household robotics I feel that there could have been more beneficial alternatives than getting on board with Midea.

While Kuka’s management sees the deal as diversification and gaining market share I believe that the deal will inevitably take away from the focused science and technological R&D that Kuka has always focused on and instead become focused more on capacity vs mass production which Midea seems most focused on for the long term.

I had always felt that a merger between Kuka and Krones would make much more sense than the Midea deal. Regardless, at the current P/E multiple Kuka is trading at I do not see a tremendous amount of upside in the stock price until the deal is completed.

Robotics and Automation News: More “maker” and startup companies seem able to produce robotics and automation technology. How will this affect the market? Do you think we will see changes going forward, such as new companies emerging?

Brian Gahsman: We are barely on the cusp of seeing the flood of startups that will enter this space. Now that the technology is at a point of cost effectiveness many who for decades were only hobbyists now have the ability to bring their creations to the market.

As that trend increases so will the rate of mergers and acquisitions activity which we are already seeing with companies like Kuka as well as the recent acquisition of SLM Solutions and Arcam by GE in attempt to corner the market in metal based additive 3D printing.

Robotics and Automation News: Is investing in companies which offer industrial IoT solutions part of your agenda?

Brian Gahsman: Yes, being that IoT is basically the brain of the machine. However, I am not interested in investing in mega cap stocks like Cisco, GE, IBM etc. Instead I look for companies in this space who are creating new products that the larger companies are not meeting the demand for.

I prefer companies such as PTC, which is spending millions on developing system for the future with focus on industrial automation and augmented reality. Stock’s like PTC tend to dramatically outperform the larger more homogenous companies due to such intense focus on innovation and R&D.