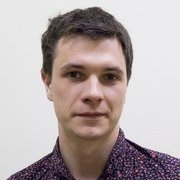 Bright Box, a European company, says its software is the basis for connected-vehicle applications used by the Nissan Smart Car app in Middle East, and KIA Remoto app.

Bright Box’s CTO, Alexander Dimchenko, says: “We’ve got successful experience in connected-car solutions for remote car control and more than 250,000 cars connected. Today we work with a broad customer base among OEMs around the world – Europe, Middle East, Asia.

“The company is already negotiating solution supplies with OEMs and their partners, and hopes to increase the number of the company’s partners in the future. We also offer subscription based business model without significant R&D (research and developments) costs for OEMs (original equipment manufacturers).”

Remoto Pilot, a new self-driving car solution, features safe, reliable road and lane following as well as real-time detection and avoidance of various obstacles such as cars and pedestrians.

The key enabling technology for high efficiency autonomous driving capability of Remoto Pilot is the use of stereo vision in combination with advanced computer vision algorithms based on neural networks.

Combined with the use of Global Navigation Satellite System (GNSS) and high-definition (HD) maps, this technology enables the possibility of fully autonomous car operation.

Currently, Bright Box’s main product is Remoto, a connected car platform that helps car owners to manage their cars remotely via smartphones. The app can help with starting the engine, opening or closing doors, and car tracking.

Remoto provides large amounts of data to automotive and insurance companies, including information about cases of car malfunction, mileage, driver’s behavior, road accidents and so on.

As well as Nissan and KIA, Bright Box’s customers include such car makers as Toyota and Infiniti.

Bright Box says its new autonomous driving solution is designed to be a retrofit kit for existing cars.

The company says advanced computer-vision technologies, such as convolutional neural networks with deep learning, in combination with stereo vision, can greatly enhance capabilities of self-driving cars.

This technology allows for safe, reliable road and lane following, real-time detection and avoidance of various obstacles, such as cars, pedestrians etc.

The use of stereo vision – a pair of video cameras mounted on a car – allows for computation of distances to various objects in the field of view of the cameras. Thus, real-time assessment of the road situation by the car’s onboard computer becomes possible.

The training of a neural network involves the use of pre-computed representative sets of road situation video samples, referred to as training datasets.

All play and no work

Bright Box says in a statement: “One really amazing modern day technology that comes in handy for the neural network training is 3D computer graphics used in computer games.”

Such games, as GTA-V, with a large part of their gameplay involving driving on city streets, have a large number of extremely realistic city street views, as viewed from inside the cabins of driving cars, which makes them a very valuable source of high fidelity imagery that can be used to generate training datasets.

Two examples of training datasets, generated from GTA-V computer game, are shown below.

Neural networks can also be trained to measure distances from a stereo pair of cameras to various objects by using training datasets that include a number of pairs of images recorded from stereo cameras installed on real cars driving on real roads.

One common type of a sensor used in self-driving cars is a Lidar, a laser scanner that measures distances to surrounding objects, usually installed on a car’s rooftop.

Making a heavy emphasis on the use of advanced computer vision techniques, the company aims to develop technology that will eliminate the need for the use of Lidars.

Combined with the use of GNSS and HD maps, this advanced computer vision technology enables the possibility of fully autonomous car operation.