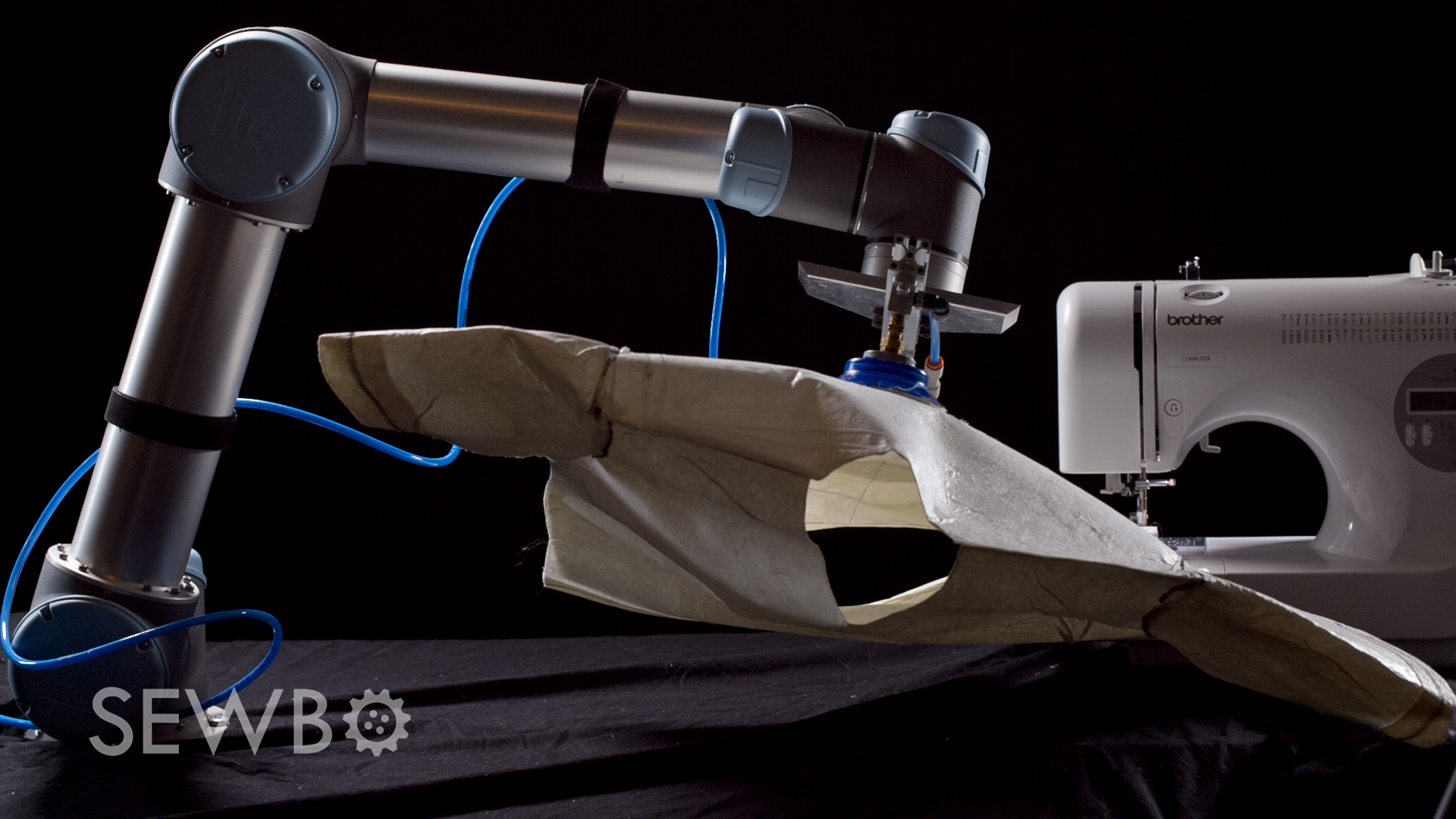 “Despite decades and millions of dollars worth of industrial research, the big hurdle has been that robots can’t reliably handle fabrics.”

The crucial part of the system, says Zornow, is the material. “Sewbo figured out how to temporarily stiffen materials, making it easy for industrial robots to assemble clothes,” he says.

“Our technology will finally allow manufacturers to automate the production of hundreds of billions of dollars worth of clothing each year,” says Zornow.

Sewbo says its solution has achieved the long-sought goal of automated sewing, by using an industrial robot to sew together a T-shirt.

Despite widespread use in other industries, automation has failed to find a place in apparel manufacturing due to robots’ inability to handle limp, flexible fabrics.

Sewbo avoids these hurdles by temporarily stiffening fabrics, making it easy for conventional robots to build clothes as if they were made from sheet metal. Afterwards, the process is reversed to produce soft, fully assembled garments.

“Our technology will allow manufacturers to create higher-quality clothing at lower costs in less time than ever before,” says Zornow.

“Avoiding labor issues and shortening supply chains will help reduce the complexity and headaches surrounding today’s intricate global supply network. And digital manufacturing will revolutionize fashion, even down to how we buy our clothes by allowing easy and affordable customization for everyone.”

Sewbo’s system uses an off-the-shelf industrial robot, which they taught to operate a consumer sewing machine. Having successfully proved its core concept, Sewbo is now expanding its team and working towards commercializing its technology.