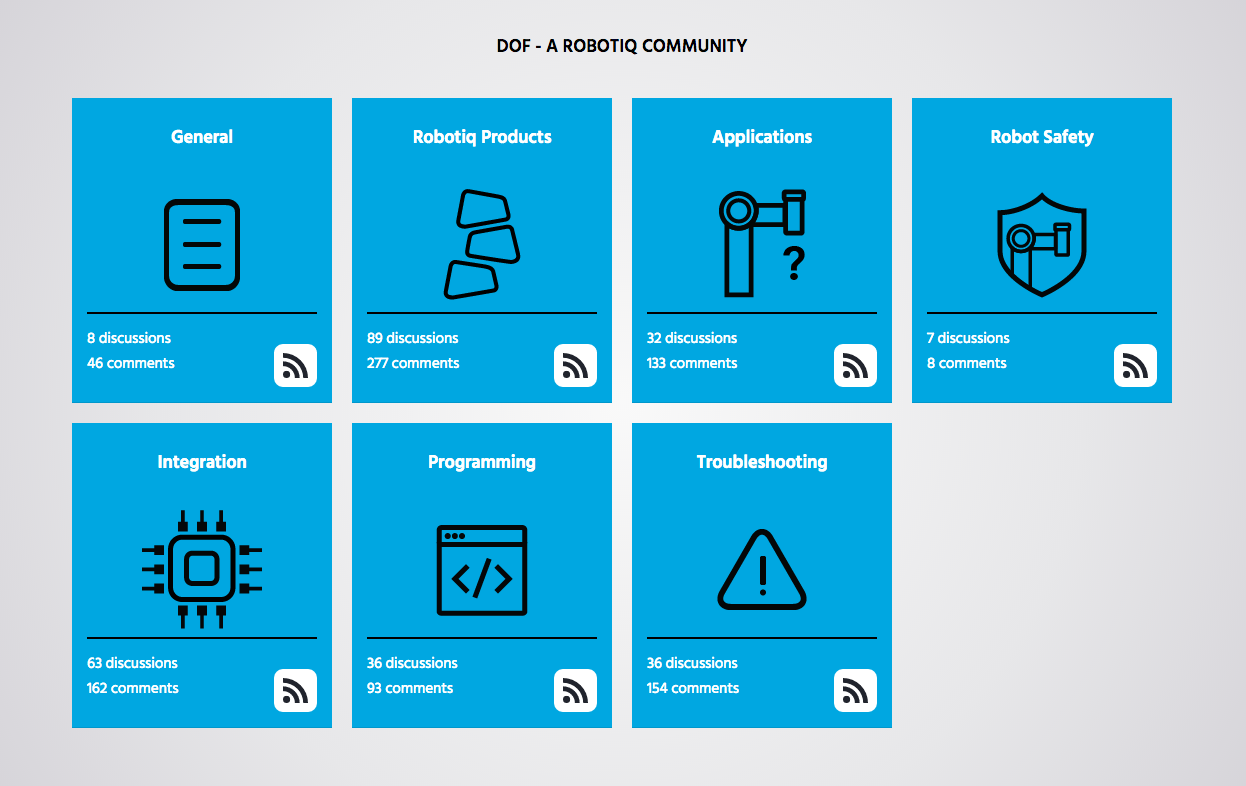 Robotiq has launched an open community – called DoF – where industrial automation professionals can share their know-how and get answers to accelerate their robotics projects.

DoF, which stands for degrees of freedom, is meant as a medium for sharing ideas and solving automation problems, says Robotiq.

Samuel Bouchard, CEO of Robotiq, says: “We realized that the know-how is locked in the head of automation engineers who can’t talk to each other because they are far apart, focused on making their factory run.

“This is why we created this online community, to bring industrial automation pros together so they can help each other with their automation projects and stop reinventing the wheel on their own.”

Members of the community say the platform accelerates their robotics projects, from design and integration to programming and troubleshooting.

“Having access to free valuable resources and insights from professionals in all fields related to robotics made the implementation of our various automation projects faster and easier,” says Matt Bush, COO at Hirebotics.

The DoF community is now open to the public and can be reached at dof.robotiq.com.

Robotiq will be officially launching the community to the public on September 12th during IMTS in Chicago.