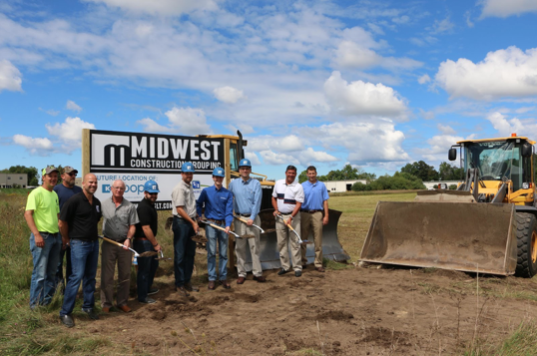 The $4.9 million expansion to its current plant at 987 Productions Court in Holland, Michigan, is in response to growing global demand for automation equipment that is expected to hit $200 billion in sales in the next few years.

Global sales growth for industrial automation system products in 2015 was at 7 percent and is forecast to trend to over 7.5 percent by 2020 according to the industrial tracking group Research and Markets.

Koops manufactures large-scale automation equipment for manufacturing customers in industries that include automotive, aerospace, medical, transportation, construction, furniture, and pharmaceutical. The company has plants in Michigan and South Carolina.

The expansion is expected to create 60 new jobs at the employee-owned company that currently has 114 employees in Holland.

The new facility is being built by the Zeeland-based Midwest Construction Group, which specializes in industrial and retail construction. Site work for 40,000-square-foot addition started this week and the building is scheduled for completion by spring 2017.

Koops broke ground at its existing plant at 987 Productions Ct in July of 2000. At that time there were only six full time employees. All are still part of the 114 employees at Koops proving it is a great place to work.

“This expansion for Koops will position it for the future and create well-paying jobs for Michigan residents. Their expansion in Michigan underscores the strength of the state’s manufacturing talent,” said William Kratz, business development manager for the Michigan Economic Development Corporation which helps attract and retain businesses to the state.

Midwest Construction has also had considerable growth over the last couple years nearly doubling its volume from last year. Derek Eade will act as the project manager and Clint VanderKolk will serve as the superintendent for Midwest.

They will be working closely with Paul Brinks, Craig Bekuis, and Caleb Seaks the owner representatives from Koops.