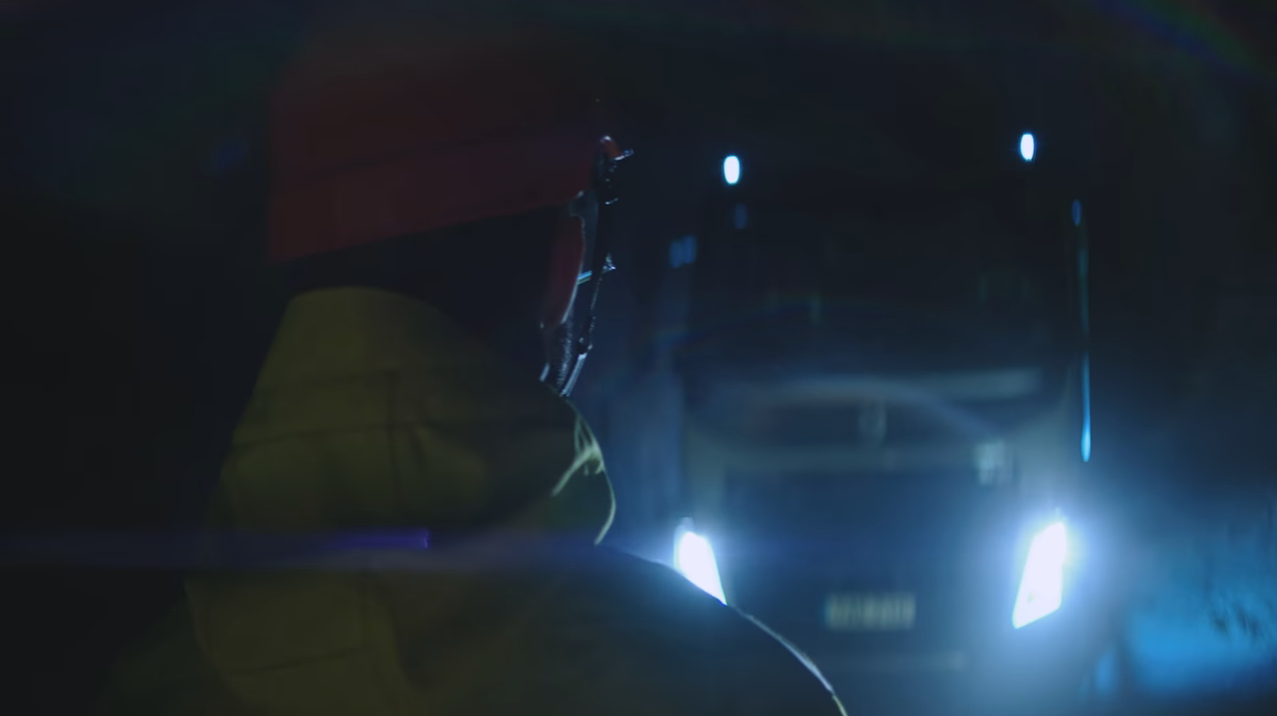 Volvo’s fully autonomous truck is the first in the world to be tested in operations deep underground in the Kristineberg Mine, in Sweden, according to the company.

The self-driving truck is part of a development project aimed at improving the transport flow and safety in the mine.

The truck will cover a distance of 7 kilometres, reaching 1,320 metres underground in the narrow mine tunnels.

Torbjörn Holmström, Volvo’s chief technology officer, says: “This is the world’s first fully self-driving truck to operate under such tough conditions. It is a true challenge to ensure that everything works meticulously more than 1300 metres underground.”

Volvo Group is now releasing a film showing the opportunities that open up with autonomous trucks. The film was recorded in harsh operating conditions in the Kristineberg Mine 100 kilometres from Arvidsjaur in northern Sweden.

Torbjörn Holmström, who takes part in the film, wants to show how safe the truck is. He didn’t hesitate to stand in the middle of the mine gallery as the truck approached him.

Holmström says: “No matter what type of vehicle we develop, safety is always our primary concern and this also applies to self-driving vehicles. I was convinced the truck would stop but naturally I felt a knot in my stomach until the truck applied its brakes.”

The entirely self-driving truck that takes the lead role in the film is a specially equipped Volvo FMX. Using various sensors, it continuously monitors its surroundings and avoids both fixed and moving obstacles.

At the same time, an on-board transport system gathers data to optimise and coordinate the route and fuel consumption. The truck is part of a development project and is being tested in real-life operation for the very first time.