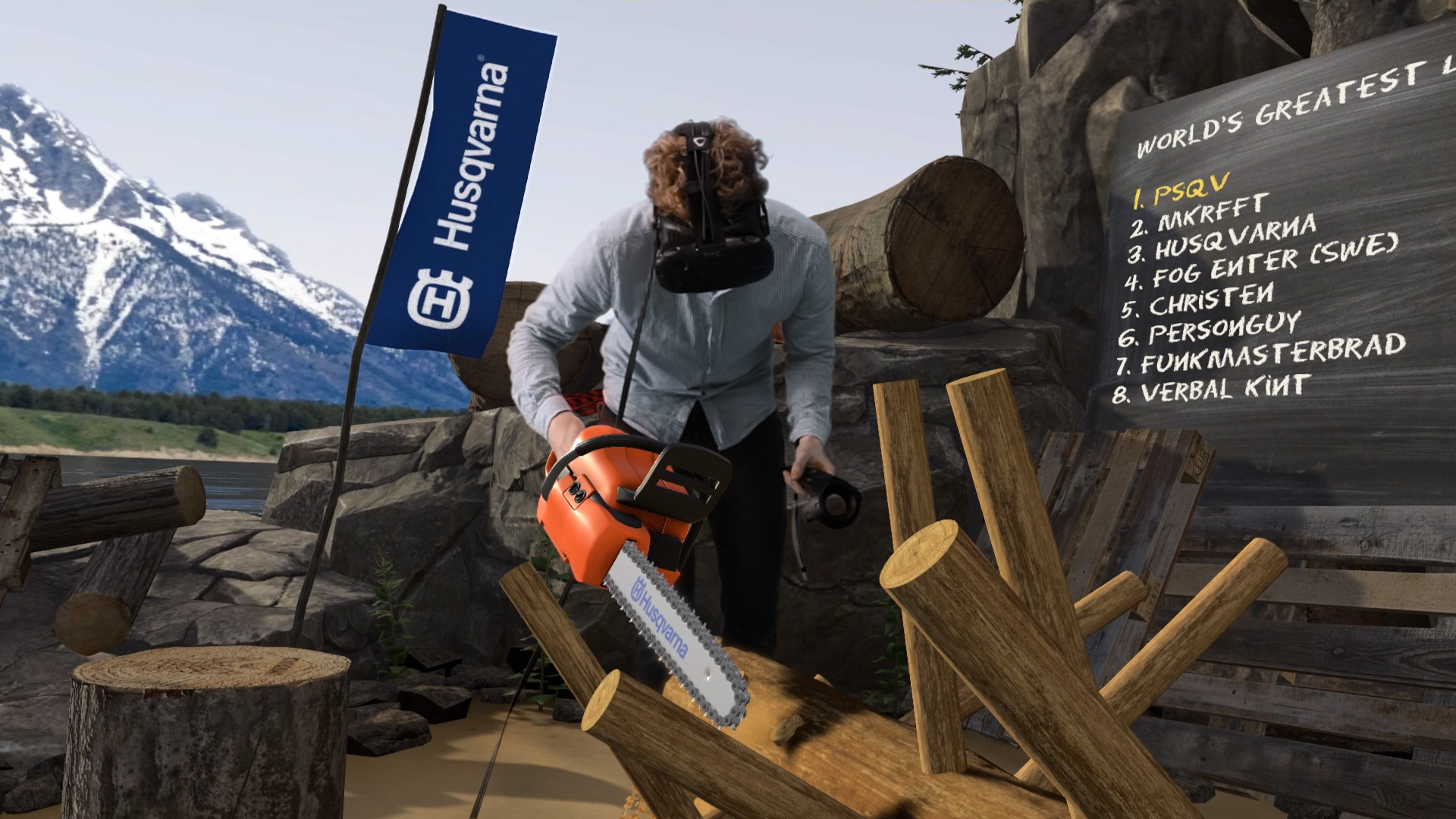 Husqvarna, which makes robotic lawn mowers and demolition robots among other things, has launched a virtual reality game for lumberjacks.

Probably intended to test the market for future products such as smart glasses featuring augmented reality, aimed perhaps at the forestry and logging industry, the game is called Limberjack and is available through Steam.

The company says the game is aimed at anyone who wants to test their chainsaw skills or, to be precise, “limbing” skills. Limbing is the process of removing branches from the stem of a fallen tree.

Limbing is a widespread activity in countries such as Sweden, where a lot of trees are felled to make products for Ikea and other furniture manufacturers, and there are actual competitions to find the best loggers or lumberjacks.

Lars Strandell, multiple medallist from the bi-annual World Logging Championship, says: “VR limbing combines two extremes, one of the oldest professions in the world together with the newest technology available.

“Husqvarna Limberjack is fun and educational and just like limbing in the real world, technique, precision and speed is crucial for productivity and a good result.”

Husqvarna, which also makes chainsaws, says it will announce the best Limberjack players in the world at the end of each month.