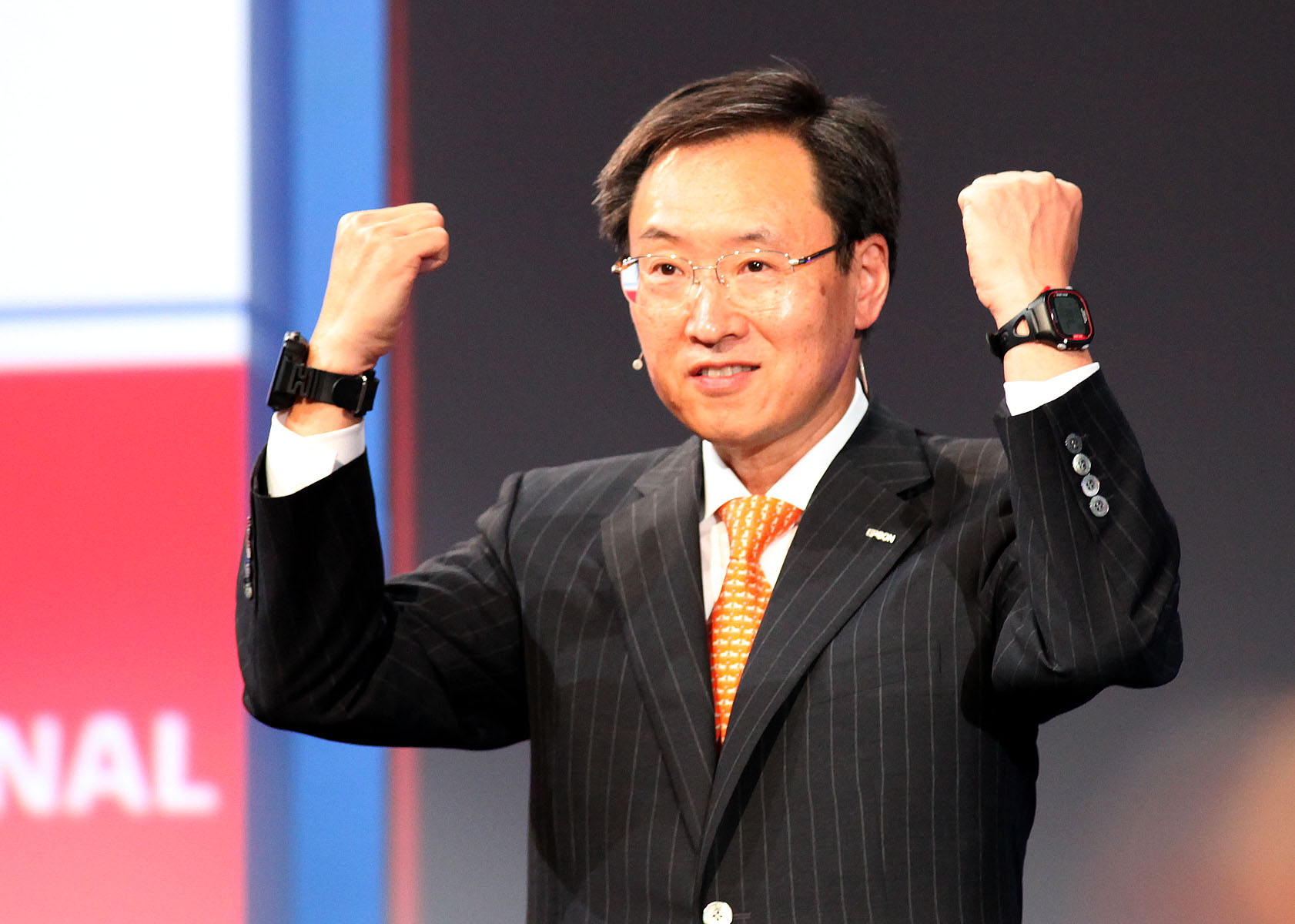 In its annual report, the company lists robots in the “sensing and industrial solutions” business segment, which accounts for approximately $2 billion revenue a year. Seiko Epson’s total revenue is approximately $10 billion a year.

Seiko Epson has interests in a wide range of product categories, among them printers – office laser printers, large-format printers, and so on. It is believed to be the world leader in this market. The company even sells large numbers of dot-matrix printers to many parts of the world.

It also has significant positions in markets such as projectors and projection screens, power leads and other peripherals, and also new product lines such as augmented reality glasses, which are increasingly used in manufacturing and logistics.

And of course it has its famous Seiko brand of watches.

Seiko has been making timepieces since 1881, and has always looked to introduce pioneering technologies to make its mark.

Seiko launched its Kinetic watch in 1986. The company says the Kinetic was “the first watch in the world to convert kinetic movement into electrical energy”. This meant the wearer did not have to wind the watch in the traditional way, or replace any batteries. The Kinetic watch led Seiko to apply for more than 50 patents.

Now, the company is producing GPS solar watches which adjusts to time zones and stores enough energy to keep working in total darkness.

Furthermore, Seiko Watch chief executive Shinji Hattori is looking towards the premium timepiece market after a recent surge in profits of more than 50 per cent. Quartz watches may be ubiquitous now, but Seiko’s first quartz watch cost around $4,500 dollars in 1969 – which was a lot of money back then, and is still a lot of money now.

Robots were initially developed by Seiko Epson as tools for their own internal manufacturing processes – including making their watches. But as the robotics and automation technologies became more widely used, the company decided to offer the robots to external customers.

So, even though Epson Robots is now one of the largest manufacturers of robots in the world, robots are a relatively small part of Seiko Epson’s global business.

Nonetheless, Usui is enthusiastic about robots, and is determined to see the division grow exponentially over the coming years. In the past few months, changes to the company’s global websites indicate a renewed push into the robotics and automation markets.

Usui says: “Robots are 1.5 per cent of our total revenue at the moment. However, it’s going to be a very important business in the future and an important focus for us, and we hope to build it up to around 7 per cent.”

Epson Robots has updated its published global industrial robots install base, which now stands at 55,000, up from 45,000 a few months ago. This places it well within the top 10 largest industrial robot manufacturers in the world.

And in an unusual move, Epson Robots has decided to publicise on its website the cost of its robots, perhaps believing that the $12,000 tag will entice buyers. The company says this is a competitive price which will enable customers to see a return on investment within a shorter time frame.

A new robot and a new sensor

Epson Robots has just launched a new 6-axis industrial robot, which it calls the N-series or N-robot. The company says the new robot has “special geometry” and foldable arms, making it more manoeuvrable within smaller spaces.

Usui says: “Our robot business is primarily focused on manufacturing assembly, and this industry is having huge issues with labour at the moment. It’s becoming very difficult to work in the factories, and that has caused considerable pressure on wages.

“With the N-series robot and the S250 force sensor, we want to bring a whole new concept to the manufacturing industry. The way we will do that is by enabling our robots to perform tasks that robots have not been able to perform previously – those tasks were only performed by humans.

“This has the potential to revolutionise the manufacturing industry.”

Usui says there are labour shortages in the manufacturing sectors of many countries because people don’t want to work in factories any more, especially if they live in advanced economies which tend to have large service sectors – usually banking and finance, law, education, information technology and so on.

Usui says: “In the manufacturing industry, you have a production line, and you have to get lots of people to work on the line, and this has become increasingly difficult in many countries in the world.

“But it’s also been tough to get robots to perform many tasks along the production line because, to date, robots have required lots of space. However, by introducing the N-series robot, which is a very compact set of robots, we can help our customers to automate and achieve their production goals.”

Miniaturisation may be a word that is no longer faddish, but the phenomenon hasn’t gone away. Everything is getting smaller. An iPhone, for example, houses as much electronics and computing power as a desktop computer did a few years ago.

However, making small devices is beyond the capability of most industrial robots which have been in factories for decades. It’s only now that robots are becoming smaller and more nimble and, perhaps most crucially, more capable of appropriate handling.

Usui says: “A lot of today’s manufacturing tasks involve placing very small components within very small spaces, and to date robots have not been able to do that because the movement required of the robot has been too complex and too detailed.

“However, what we have been able to do with the N-series robot and the S250 force sensor, together with the a vision guide, is to provide the robotic system with the capability of placing a very complex part in a very precise way in an exact location. This has allowed customers to do introduce robots to do tasks that, previously, only humans have been able to do.”

Despite being one of the oldest engineering endeavours, the manufacturing of timepieces has many closely-guarded secrets. It’s very difficult to find detailed information about the construction of watches; how, for example, lug holes that hold strap pins in position, are actually made.

Seiko says it involves robots in the making of watches. The skills and knowledge it acquires from such activities may well be crucial for future manufacturing techniques.

Increasingly, customers want highly customised products, individually tailored to their specific requirements. This trend, much like miniaturisation, will only increase and accelerate. And considering that Seiko Epson began in the 1800s, these trends are very new.

But while some would argue that the smartphones market has reached its peak, robots have yet to break out of factories in large numbers. But Epson is preparing. It has been developing robots that will care for the elderly, provide companionship as well as health and safety support – all of which are difficult technical challenges for engineers.

While robotics is not currently a large part of Seiko Epson’s total business, the huge potential market opportunities seem obvious. The next iPhone equivalent may well be found in robotics.