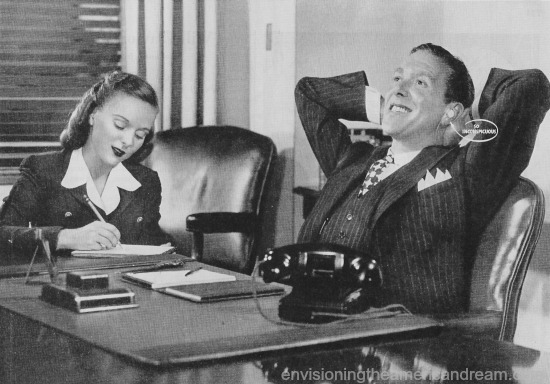 Journalist Karis Hustad, writing for ChicagoInno, says he didn’t realise he was emailing an AIPA when he was arranging an interview with “her” boss. “Her” name was Amy Ingram, and “she” is a product of a company called x.ai, founded in 2014.

Dennis Mortensen, CEO, says on the website: “I came up with the idea for x.ai after I went through the enormous pain of manually scheduling 1,019 meetings in 2012, of which approximately 670 had updates and or were rescheduled at least once. Anybody who goes through that amount of pain will try to find a way to remove it.”

The company is backed by Japanese communications giant SoftBank, among several other bluechip investors, and has been receiving gushing reviews in the media for its AIPA technology, with CBS News saying: “Amy feels like the future. Even more than Siri and Google Now, she seems seamlessly human and as effective as a real person doing the same task.”

There are other new AIPAs on the market, in case you think this is a plug for Amy – we’re not particular. Another one mentioned online in other stories we found is Clara, developed by Clara Labs, which seems to imply that it’s on a mission to save people “billions of human hours” doing “highly repetitive and tedious work”. There’s probably others too. We should make a list. We’ll have our bot do it, after we get one.

Siri, of course, was the first mass-market AIPA. Launched by Apple four years ago, Siri – which stands for Speech Interpretation and Recognition Interface – initially aroused a lot of interest and much has been made of its capabilities.

Proportionately speaking, not many people use Siri. According to a survey conducted by Intelligent Voice a couple of years ago, some 15 per cent of iPhone owners interact with Siri. Given that there’s at least 500 million iPhones out there, that’s a minimum of 75 million humans that regularly talk to Siri.

Siri was originally voiced by Susan Bennett, a voiceover artist who has worked for many a global brand, including Coca-Cola, McDonald’s and Discovery Channel.

Interestingly, in an interview with Backstage.com, Bennett points out that she and others who voiced Siri originally feel that they were not proportionately remunerated considering how many iPhones there are out there.

“None of the original Siris were really compensated for the usage of our voices,” says Bennett. “We were paid pretty well for the original recordings. But considering that we were on millions of devices, we really weren’t compensated for that. From a financial point of view it was probably not that great a deal.”

It’s not the first time a worker has differed with his or her employer about what would be a fair wage for their work. Not wishing to undermine Bennett’s point, but such disagreements have led to Communism, the Cold War and, now, the possible end of Capitalism as we know it.

Indeed history itself as we know it could be about to end with the emergence of artificially intelligent assistants, with Siri and Amy being portents to a world where human employment is increasingly marginalised if not terminated entirely.

Billions of dollars are currently being invested into researching intelligent assistant technology by some of the largest companies in the world.

Most people of an earlier generation will probably remember Kitt, the talking car which starred alongside David Hasselhoff in the fictional television series Knight Rider. Now, real-life car companies are going hell for leather to be the first to produce a similar vehicle which can walk and talk at the same time.

German auto companies BMW, Audi, and Daimler have together paid more than $3 billion to acquire Nokia’s mapping technology, Here, an app that works offline and can guide the driver turn by turn to his or her destination – features which Google Maps and Apple Maps do not have.

Long seen as the most advanced car-making nation in the world, Germany could be said to be playing catch-up in a world where road-going vehicles are increasingly likely to resemble giant smartphones on wheels. Nonetheless, the race is on.

Meanwhile, other areas of business and life, from user authentication to image processing, are set for the AI assistant takeover.

For example, as a result of improvements in natural language processing, Siri and her like are much better at understanding spoken words – whether they are just a word or short phrase, or even longer sentences.

Intelligent assistants can even tell how you’re feeling based on the tone of your voice and other factors as a result of speech analytics technology. Pepper the robot has proved popular partly as a result of its maker’s claim that it can understand and respond to emotions,. The attraction of such a robot is obvious, and it even came with a recommendation that users should not try and have sex with it.

But there is a threshold that is commonly understood now – like the Turing Test – at which AI assistants have not yet arrived. That is to say, they still haven’t quite mastered the art of conversation and still struggle to understand what people are saying. They haven’t got to a point where communicating with them is as effortless as talking to another human being, much as the technology might have improved.

But for some, things have improved to a point where they feel a closeness akin to love, and some surveys claim that even romantic relationships can develop between humans and AIs, rather like that featured in the film Her.

In the film, Joaquin Phoenix plays a writer of love letters whose computer is installed with a new operating system which talks. Voiced by Scarlett Johansson, the OS quickly develops a fondness for Phoenix, and the feeling is mutual. They even start dating, which in the future world depicted in the film is increasingly common.

What’s even crazier is that human beings in the real world have the capacity for developing emotions for robots, provided that the robots aren’t too perfect and, well, robotic.

In a study undertaken by the University of Lincoln, in the UK, a team led by Dr John Murray found that its two research robots – Emotional Robot with Intelligent Network (Erwin), and Keepon – were more likely to endear themselves to their human users if they had “cognitive biases” – such as making mistakes when remembering facts and showing extreme sadness or happiness.

“As long as a robot can show imperfections which are similar to those of humans during their interactions, we are confident that long-term human-robot relations can be developed,” says Dr Murray.

And of course he’s not the only one who thinks such thoughts. Other experts agree.

Dr Kevin Curran, senior member of the Institute of Electronic and Electrical Engineers and a computer scientist at the University of Ulster, says: “Robots will become the perfect companion. We have got to ask ourselves will robots be re-purposed for companionship? Will humans become intimate with robots? The answer, I believe, is yes.”

It’s long been the stuff of science fiction, but as the film Ex Machina shows, science fiction is fast becoming science reality as a result of advances in artificial intelligence technology.

Moreover, a recent IBM study shows that a large proportion of CEOs are planning to incorporate increasing levels of artificial intelligence – or “cognitive computing”, as IBM calls it – into their business operations.