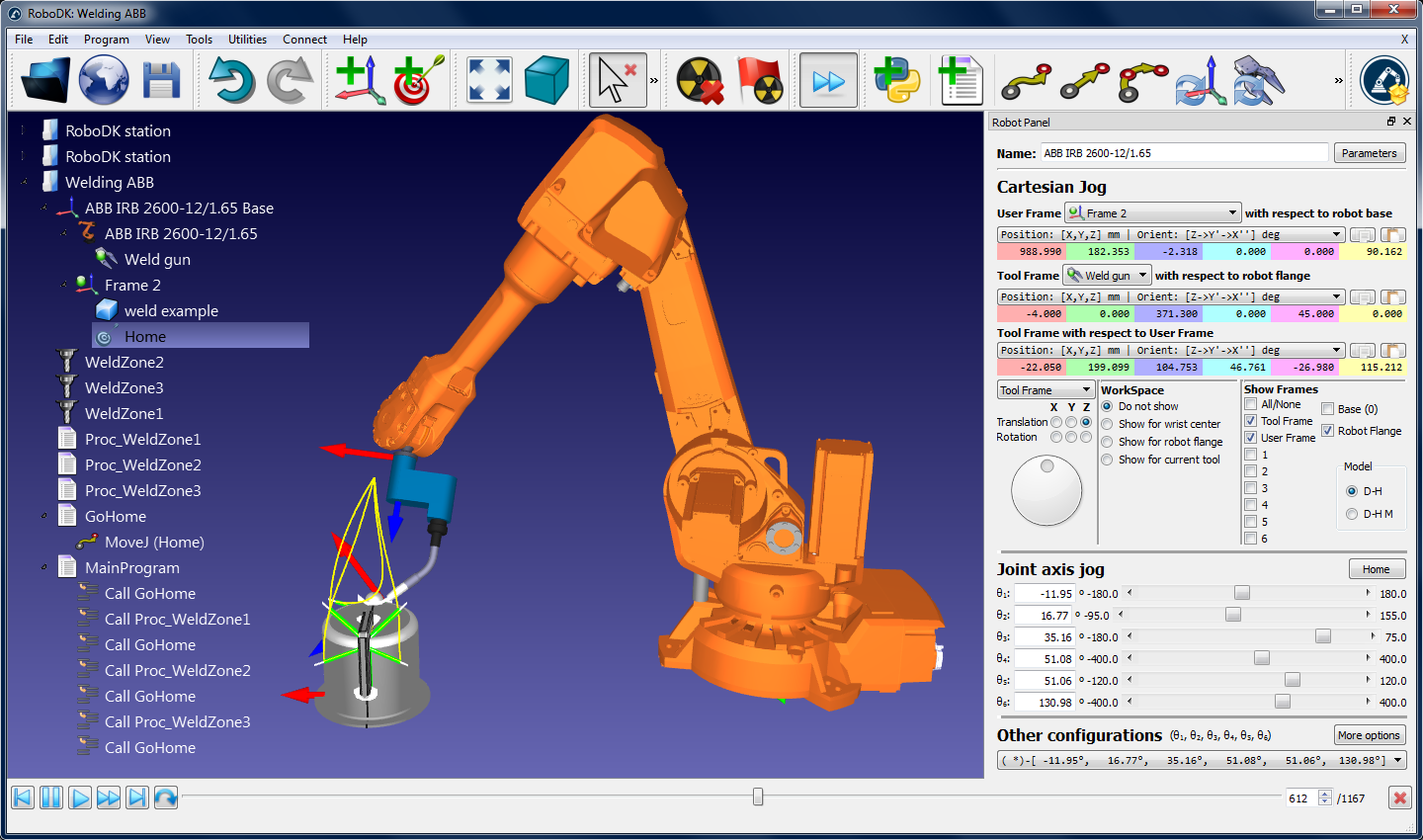 RoboDK, a new industrial robot simulator and offline programming software for industrial robots, is aiming to change that. RoboDK is the result of many years’ development at École de technologie supérieure (ETS) university in Montreal, Canada. It is the commercial spin-off from RoKiSim, an educational simulator for industrial robotics that the university made available for free. “RoKiSim was a basic simulator but we realised that people used it a lot,” says Albert Nubiola, founder and CEO of RoboDK. “We got a lot of feedback and we used it to build the commercial version, RoboDK.

“There is a demand for cheaper and more effective offline programming solutions. Current solutions are too specific and expensive. You often end up using more than one software, or plugins, to accomplish simple tasks.”

“The RoboDK API gives you huge freedom to integrate everything the way you want, allowing you to simulate almost anything. Also, with the RoboDK API you can program robots using Python programming and run your programs in realtime, or use one single script to simulate and generate the robot program.”

Using an offline programming app, an offline programmer can design the system on a computer using a virtual representation of the workspace and a simulation of the robot. Only when the program has been finalised will it need to be installed into the robot and its linked machines, minimising and possibly eliminating any downtime.

RoboDK has hundreds of simulated robots in its library, all based on data taken from real-world robots made by all the leading makers, such as ABB, FANUC, Kuka and Motoman. Any one of these virtual robots can be used in the RoboDK virtual workspace to easily design a system and workflow.

Unusually for an industrial application, RoboDK is also available for Mac, Linux and Android, as well as Windows, of course. Nubiola claims RoboDK was the first cross-platform application of its type, and says the team intends to keep updating the software to make it available for as many users on as many platforms as possible. RoboDK is an “active project”, he says, and it is being updated and improved with each project that they become involved in.

Having been involved in research and industrial robotics for eight years, and having helped develop RoboDK itself, Nubiola says he finds it surprising to see engineers using Notepad to program their robots in assembler-like programming languages.

“RoboDK is highly customisable and we help our customers achieve what they need,” says Nubiola.

RoboDK is approaching 2,000 downloads since launch at the start of the year, and the customers come from a variety of backgrounds. “They can be engineers, integrators, maintenance departments, robot programmers, and so on.”

Nubiola says his team saw that maintenance personnel in factories needed ways to validate the ‘health state’ of their robots. The common practice has been to use something called the “ballbar test” to check the accuracy of CNCs.

“The ballbar test has been used for CNCs for a long time,” says Nubiola. “Now with RoboDK it is possible to easily make this test to robots.”. There is no doubt that this ‘health state’ check to robots can reduce scrap parts.

Integrating a robot into a production line may be expensive. However, over the years, buyers have seen an increase in hardware choices and decrease in price. Software will likely follow a similar trend. RoboDK believes it is well-positioned to satisfy industry needs.