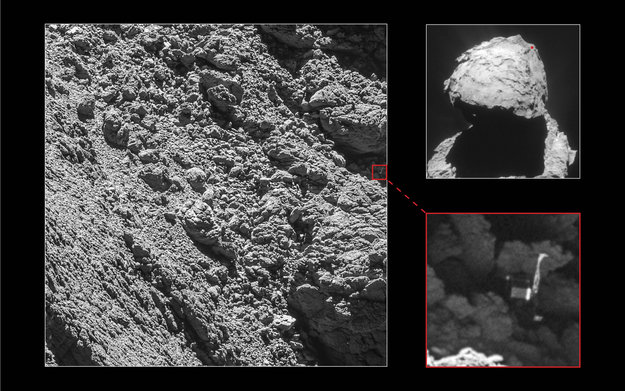 An escaped space robot has been found holed up inside a cave on a comet after going on the run for more than a year.

Philae, a tiny robotic spacecraft, was sent by the European Space Agency as part of the Rosetta mission.

Philae was designed to autonomously explore and send back data to the main Rosetta spacecraft, but it apparently ran off and scientists have not been able to find it until now.

Matt Taylor, ESA’s Rosetta project scientist, is quoted by CNN as saying: “This wonderful news means that we now have the missing ‘ground-truth’ information needed to put Philae’s three days of science into proper context, now that we know where that ground actually is.”