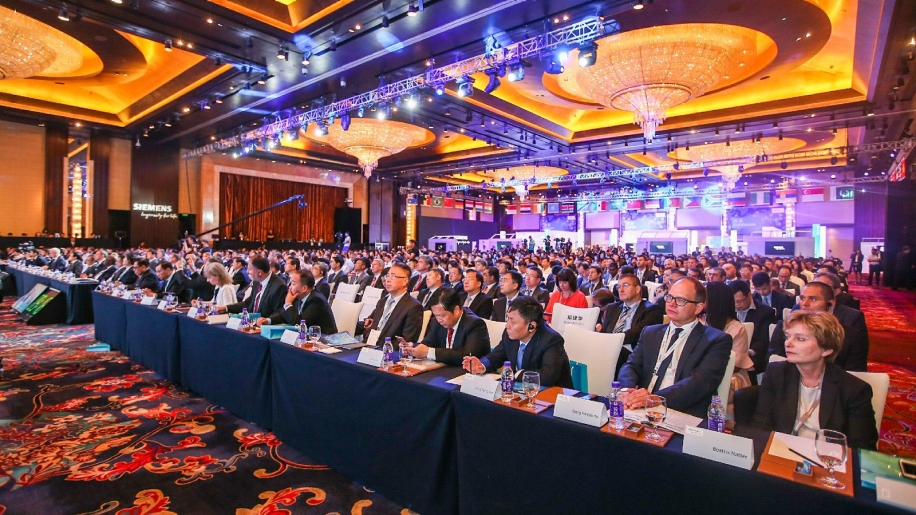 Siemens has entered into more than 10 agreements with Chinese partners relating to opportunities arising from the Belt and Road Initiative, which is a plan to build a giant transport network linking Asia to Europe.

A recent conference called the Belt and Road International Summit, held by Siemens, brought together more than 1,000 leaders and executive representatives from governments, enterprises, investors, financing institutions and think tanks from more than 30 countries and regions.

The cooperation was signed with a number of leading Chinese enterprises, including, for example:

These cover the areas of:

Moreover, it targets market potentials of countries and regions such as:

Joe Kaeser, president and CEO of Siemens, witnessing the signing taking place during the Belt and Road International Summit in Beijing, says: “As a long-term and well-established partner of China and its industries, we support the call of the Belt and Road Initiative and take another solid step forward on a larger scale and a wider scope.

“BRI has proven to be a wise and powerful force for accelerating infrastructure development already in many participating countries. Siemens is uniquely positioned to help ensure sustainable success of the BRI through its vast technology portfolio, in-depth knowledge of local market needs based on a long-standing local footprint in the respective economies as well as the ability to create local value for these societies.”

Siemens is among the first global companies to partner with Chinese EPCs (Engineering, Procurement and Construction companies) in their “go global” endeavor.

“Siemens is the number one infrastructure company when it comes to linking those worlds and being able to establish a digital ecosystem. It is our vision to co-create a ‘digital silk road’.”

Siemens has been joining forces with over 100 leading Chinese EPCs in more than 100 countries and regions for more than two decades.

For example, Siemens helped China Tianchen Engineering land the biggest order ever won by a Chinese company in Turkey – to build one of the world’s largest soda ash factories.

The new power plant will be capable of providing an amount of electricity that is equivalent to the total consumption of about four million Pakistani households.

Lothar Herrmann, CEO Siemens Greater China, says: “By connecting multiple stakeholders of BRI, by providing innovative and digital technologies and by working closely together with our Chinese partners we continue to support a successful, open and fair international collaboration.

“We are also happy to introduce Carsten Hasbach, who will be heading the Siemens B&R Office in Beijing with the main task to facilitate and strengthen the interaction with different stakeholders.”

Carsten Hasbach, head of strategy and business development in Russia, will be leading the new BRI Office in Beijing.