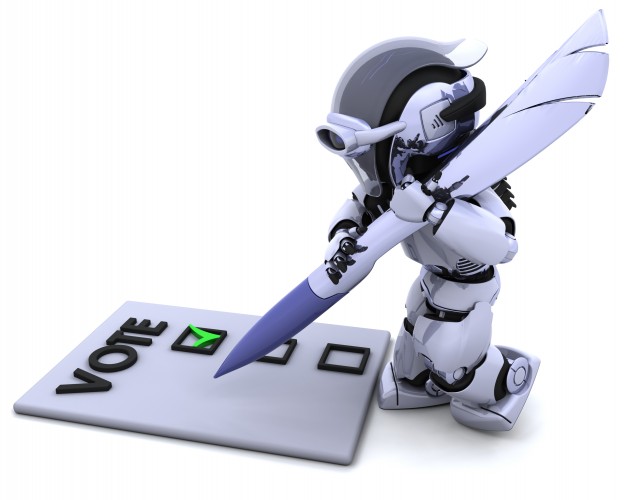 Radical loony lefty unions could recruit robots as members and give them voting rights to increase their negotiating power against the bosses.

They could also use robots as a way to return to the good old days of the block vote, when the union leader voted on behalf of all the members.

So, for example, if you had 1,000 militant robots who each had one vote, their union boss could have 1,001 votes – including the one vote for him or herself – and it would be a nightmare for the bosses.  END_OF_DOCUMENT_TOKEN_TO_BE_REPLACED