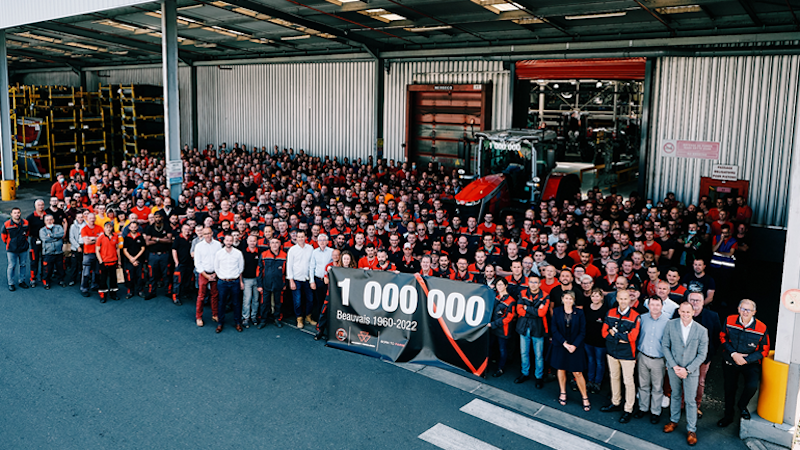 AGCO, one of the world’s largest manufacturers of agricultural machinery, is celebrating the production of the one-millionth tractor at its Massey Ferguson Beauvais plant.

The company says this “significant milestone” coincides with the company’s 175th anniversary. Massey Ferguson has been manufacturing tractors in Beauvais, France since November 20, 1960.

Darren Parker, vice president of Massey Ferguson, North America, says: “2022 is a year of milestone celebrations for Massey Ferguson. We applaud the hard work and dedication of our colleagues in Beauvais to produce our one-millionth tractor. END_OF_DOCUMENT_TOKEN_TO_BE_REPLACED