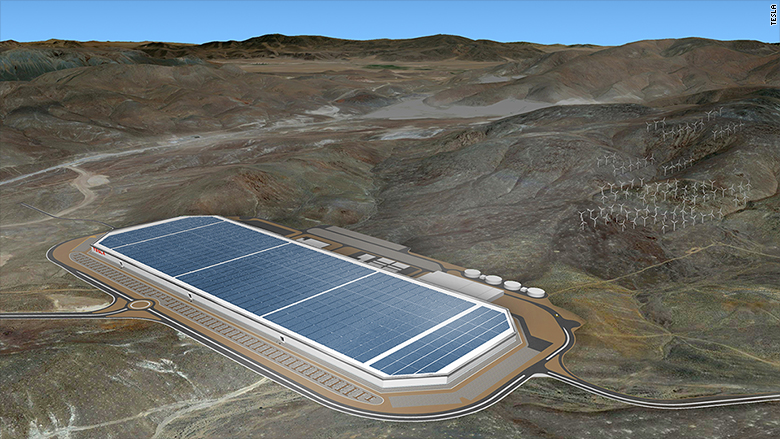 Panasonic is to invest an additional $100 million in a battery-making factory it is building in Nevada, US, according to Nikkei Asian Review.

The so-called “Gigafactory 1” is currently equipped with 13 production lines, but the new investment will enable Panasonic to add an extra line and increase capacity by 10 percent.

The expansion is intended to boost the supply of batteries to automaker Tesla for its electric vehicles. The original agreement between the two companies stipulated that Panasonic builds and equips the facility to produce batteries, while Tesla provides and manages the land and utilities.

Nikkei also reports that Panasonic has found a way to increase the energy storage capacity of each battery for 5 percent, an advancement which it plans to implement next month.

Another innovation Panasonic recently revealed is its development of a technique to visualize lithium-ion dynamics in all-solid-state batteries on a nanometer scale in realtime (see picture below). 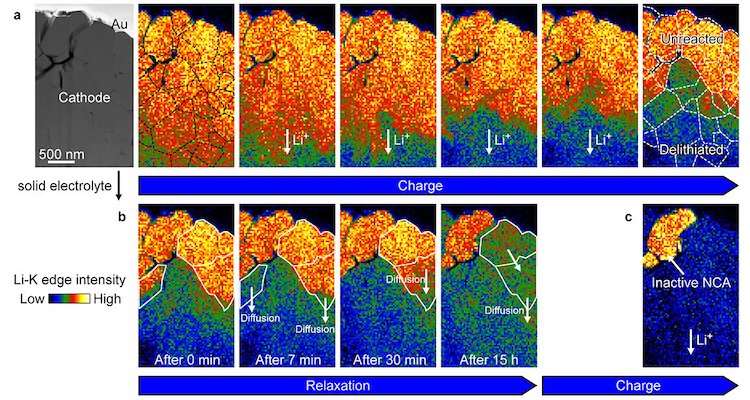 The company says its research was undertaken in collaboration with Japan Fine Ceramics Center and Institute of Materials and Systems for Sustainability, Nagoya University.

All-solid-state lithium-ion batteries have the potential to be highly safe while boasting high energy density, and, as a promising candidate to be a next-generation secondary battery, active research and development is under way worldwide.

However, the high transfer resistance of lithium ions in the all-solid-state batteries is one of the issues that must be solved, especially when operating at high current conditions.

In particular, understanding how lithium ions move within the batteries is an important key for creating high-performance batteries, says Panasonic.

There are predominantly two types of all-solid-state batteries: