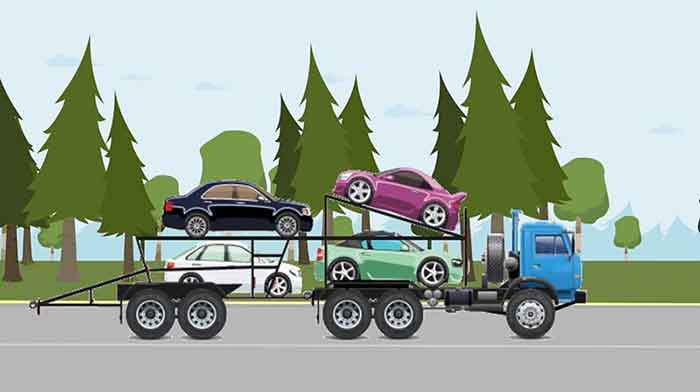 We live in a world of automation. Our worlds are in the palm of our hands, thanks to mobile technology. We have more access to everything, faster, and drones are already delivering parcels. Self-driving cars are fast approaching the next stage after experimentation.

But what does this mean for the future of the auto transportation industry?

Freight demand continues to grow, placing significant strain on freeways. In fact, the Department of Transport estimates that “… by 2040, nearly 30,000 miles of our busiest highways will be clogged on a daily basis. Truck congestion will waste $27 billion in time and fuel economy annually”.

The overall goal of the automotive innovation industry and US Department of Transportation and Google in particular, is to provide self-driving cars and other solutions that improve safety, improve productivity and save fuel.

This can be achieved through vehicle-to-vehicle and vehicle-to-road communication systems, self-driving vehicles and other technologies.

It is expected that the technology will exchange location based information about the weather, traffic, and speed to improve the flow of traffic without having to invest in the physical infrastructure of the roads. This is already implemented by the Beyond Traffic Smart City Challenge.

Another potential benefit of this type of innovation is that driverless cars and the various vehicle technologies should reduce the amount and severity of accidents.

A majority of drivers feel that they can make better decisions than a computer. That indicates that there is some skepticism with regards to self-driving cars.

Based on that, it would seem that people will not trust their cars to move themselves from one place to another anytime soon.

But what about self-driving trucks?

Autonomous trucks are definitely in the works, but if the majority of people don’t trust self-driving cars, they will probably not trust large, heavy trucks with minds of their own.

While experts agree that autonomous vehicles will impact on the future of auto transportation, they are not in agreement as to how.

Some pundits are excited about the fact that technology workers will benefit from increased demand for programmers to design and program AI-powered vehicles, it is important to understand that many more people will be out of work, including industrial truck operators, traffic technicians, highway maintenance workers, delivery service drivers, and many others.

An Oxford study, the New Atlas found that while 45% of jobs were already replaceable by machines in 2013, another 47% of the workforce will be displaced by artificial intelligence and automation.

However, this technology was developed for use by law enforcement.

However, the AI revolution is not quite here as yet, and there are some things that AI cannot replicate or replace, such as human emotion and understanding – two crucial elements that affect customer service, especially in the car shipping industry.