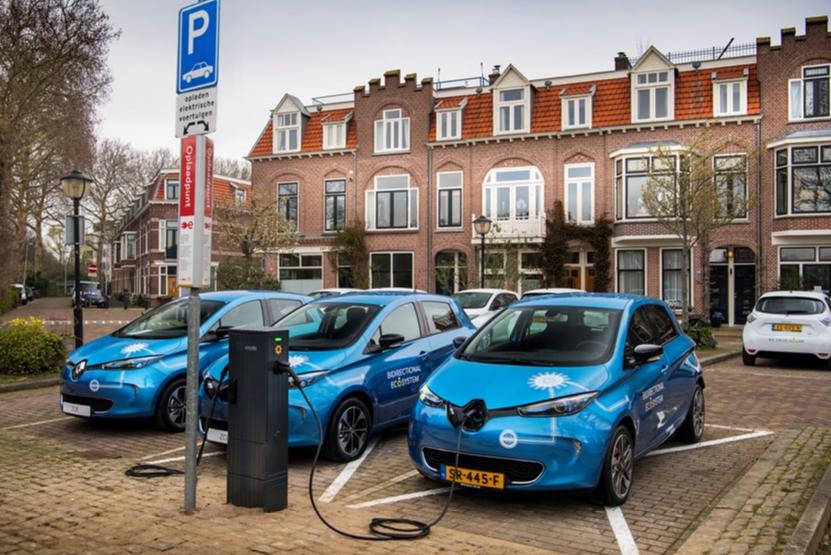 A fleet of fifteen Zoe vehicles with vehicle-to-grid charging will be introduced in Europe over the course of 2019 to develop the company’s future portfolio in reversible charging and lay the groundwork for future standards.

These pilot schemes began in Utrecht (the Netherlands) in an ecosystem developed by We Drive Solar and on Porto Santo Island, in Madeira, Portugal, with Empresa de Electricidade da Madeira. More pilot schemes will be introduced in France, Germany, Switzerland, Sweden and Denmark.

Vehicle-to-grid charging modulates the charging and discharging of electric-vehicle batteries in accordance with users’ needs and the grid’s supply of available electricity.

Electric vehicles can therefore serve as units of temporary energy storage and become key drivers in the development of renewable energy.

In this way, the electricity grid optimises the supply of local renewable energy and reduces infrastructure costs.

At the same time, customers enjoy greener, more economical consumption of electricity and are financially rewarded for serving the electricity grid.

Reversible charging will be piloted in several projects (electric ecosystems or mobility services) through seven countries and alongside various partners. The aim is twofold: to measure large-scale feasibility and potential gains.

In particular, these pilot schemes will help to underline the technical and economic advantages of an onboard solution in electric vehicles and demonstrate the value of services provided for the local and national electricity grid, such as encouraging consumption of solar and wind energy, checking the grid’s frequency or tension, and reducing infrastructure costs.

The pilots will also help work on the regulatory frameworks of a mobile energy-storage scheme, detecting any pitfalls in it and offering concrete solutions as well as help establish common standards, the basic requirement for an industrial-scale roll-out.

Renault’s alternating-current technology places the reversible charger inside vehicles, so it just requires a simple, inexpensive adaptation of the existing charging terminals.