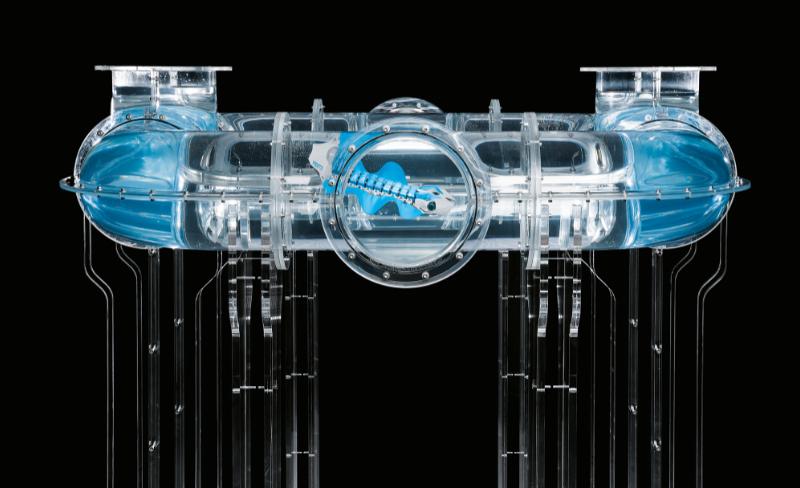 BionicFinWave, which Festo presented for the first time at the Achema 2018, has been inspired by nature. The bionics team examined the undulating fin movements of marine animals such as the polyclad or the cuttlefish.

To move through the water, the animals use their fins to generate a continuous wave that progresses along the entire length of their bodies. This undulation forces the water backwards, thereby producing a forward thrust.

The BionicFinWave also uses this principle to manoeuvre itself forwards or backwards. The underwater robot manoeuvres itself autonomously through a system of acrylic glass tubing. This project is providing impetus for future work with autonomous robots in the process industry.