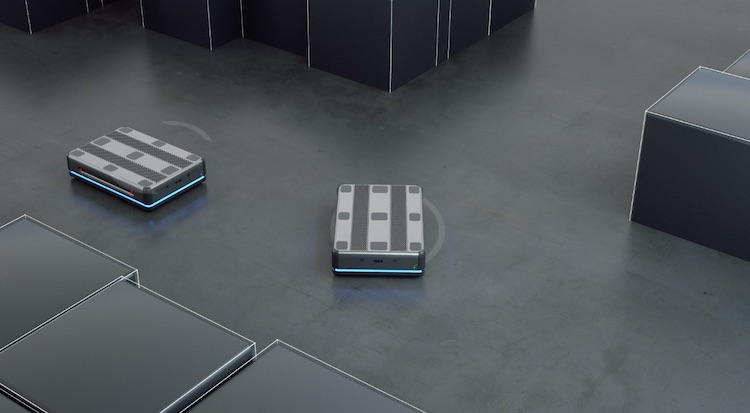 A Croatian company called Gideon Brothers has raised $765,000 to further develop its warehouse robot, according to a story on TechCrunch.com.

The company’s technologies are said to be already in use at some of the largest and most well-known companies in the world.

Tesco, Henkel, Target, Walmart, DHL, DB Schenker, Kuehne & Nagel, and FedEx are among the names Gideon Brothers mentions on its website as customers.

The new money will be used to further develop Gideon Brothers’ autonomous mobile platform, as seen in the main picture, which is from the company’s video (see below).

Gideon Brothers develops a range of autonomous systems, which use its own artificial intelligence software.

The company says its Autonomy Operating System is “a pallet transport system that brings productivity gains to ‘old-school’ logistics operations, currently enjoyed only by the likes (and budgets) of Amazon”.

It adds that the robot can safely handle large pallets of up to 800 kg.

“For too long, logistics and other industries have struggled to hire enough people to keep pace with growth,” says Kopić in comments below the company’s video on Vimeo.

“Now they have a force multiplier in Gideon Brother’s AI. Robots don’t replace people – they expand what people are able to accomplish.”

Milan Račić, chief growth officer at Gideon Brothers, says: “With six open positions for every applicant, smart logistics companies know that the future of their industry relies on robotics. This is a thin-margin business that needs a plug-and-play solution at a reasonable cost. We deliver that.”

(Gideon Brothers are currently not included in our list of 30 warehouse automation solutions because they only just launched their system commercially. We may add them soon.)