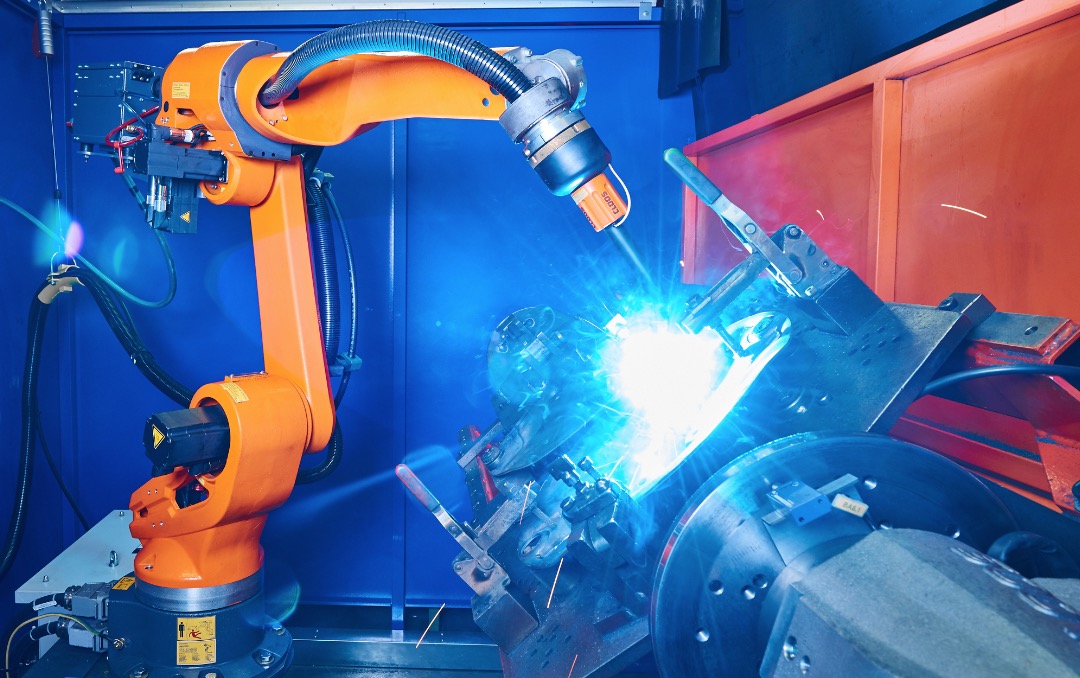 Cloos and Baumüller say they have found efficiencies in the new robotic welding system they have implemented.

The aim was to achieve the highest level of precision with accelerated dynamics.

After a year of assessment, Cloos and Baumüller have drawn positive conclusions.

The companies say the combination of the core competencies of Cloos and Baumüller is leading to an increased efficiency in the production processes with a further increase in quality.

Both companies reinforced their cooperation by partnering at the recent Schweissen & Schneiden (Welding & Cutting) exhibition, one of the world’s leading trade fairs for joining, cutting and surfacing, and look back on a productive year with the first joint projects.

The first joint project of Cloos and Baumüller, the welding robot Qirox QRH-280, was shown at the Baumüller stand at the event.

The companies say that, in addition to a high level of productivity in the production process and maximum quality due to repeat accuracy, the user also benefits from additional features that have resulted from the cooperation of the two development departments.

The open interfaces in hardware and software and a modular system set-up enable the welding robot can be flexibly integrated into existing and new production systems.

The platform-independent and scalable control solution also means a high future and investment reliability in times of Industry 4.0 for the customer.

Sieghard Thomas, CEO of Carl Cloos Schweißtechnik, says: “The end user benefits twice due to the combination of core competencies and the joint development of both companies.”

Andreas Baumüller, CEO of the Baumüller Group, says he is “delighted about the trustworthy cooperation during the first projects”.

From the operating software to the servo drive, the entire automation of the six-axis articulated robot comes from Baumüller.

The end user benefits from the higher level of efficiency in the production process due to the coordinated components from a single source, say the companies.

The platform-independent and scalable control solutions also mean high future and investment reliability for the customer.

The modular solutions can be flexibly integrated into existing and new production systems due to the open interfaces.