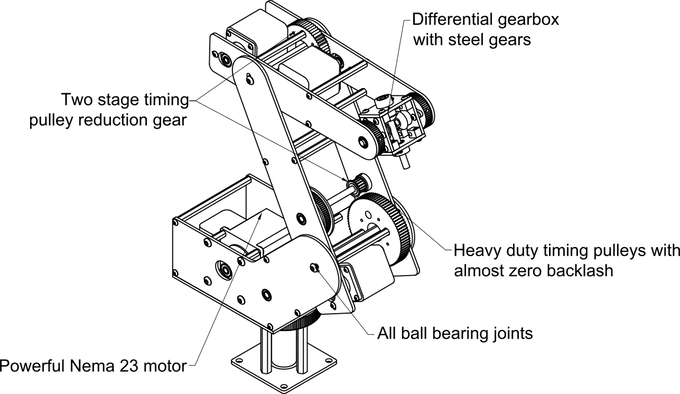 A startup called Dorna Robotics has launched what it says is an “industrial grade” robotic arm.

The company says the 5-axis robot is capable of automating many tasks, although it looks to be mainly aimed at artisans and the consumer market rather than factory managers or the industrial sector.

Dorna says the robot provides “a perfect solution” for business owners, makers, researchers, artists and anyone who wants to get serious in robotics.

The company says its customers can get the benefits of automation “without spending a fortune on an industrial robotic arm”.

A fully assembled Dorna robot would currently cost less than $1,000, although that’s a special offer at 40 per cent discount.

“The robotic arms with specs similar to Dorna, are usually out of the price range for most consumers,” says Dorna on its Kickstarter page.

The company says its robot sports a full metallic body, is powerful and is capable of jitter-free fast motions.

The company says its robot is accurate to 0.02 mmm repeatability, and has a payload of 2.5 pounds.

Additionally, the software that runs it is open-source, and is capable of running on Windows, Mac or Linux operating systems.

Among the applications Dorna illustrates are writing with a pen, shooting film, and making salad.

There is also a pick and place application and object detection.