From 2018, two well-known European bus manufacturers will be using the technology in Germany, with plans to equip around 10,000 e-buses over the next few years.  END_OF_DOCUMENT_TOKEN_TO_BE_REPLACED 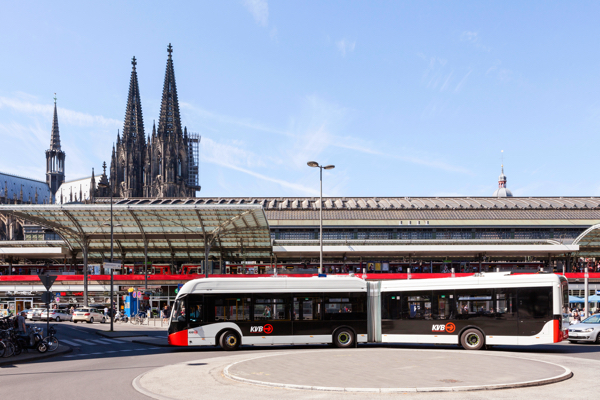 Sven Schulz, CEO of Akasol, says: “Thanks to our technological expertise and nearly 30 years of experience in the field of traction battery systems for the automotive industry, we made an impressive bid and were able to set ourselves apart from the competition.”  END_OF_DOCUMENT_TOKEN_TO_BE_REPLACED

High-performance, customisable batteries for demanding applications in commercial vehicles have traditionally been very costly, but Akasol is presenting the world premiere of a promising new solution at this year’s IAA Commercial Vehicles (Hanover 22–29 September 2016): the AkaSystem OEM.

The compact, modular lithium-ion battery system is particularly well-suited for use in commercial vehicles such as buses, lorries, construction vehicles or other specialised vehicles.

Experts at the German “pioneer of e-mobility battery storage solutions” claim they have succeeded in integrating standardised PHEV (plug-in hybrid electric vehicle) modules from large battery manufacturers like those used in passenger car production to enable them to meet the demanding requirements of commercial vehicle drives.  END_OF_DOCUMENT_TOKEN_TO_BE_REPLACED