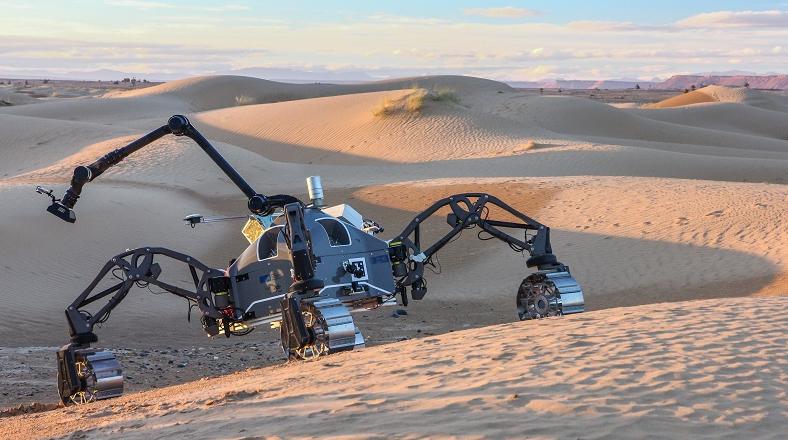 Today, robots in space are mostly either passive observers or controlled by humans from Earth. Soon they will have to operate independently and over long periods of time under extreme conditions.

In order to meet the high demands on the systems, the Robotics Innovation Centre of the German Research Centre for Artificial Intelligence (DFKI) is developing innovative hardware and software concepts that it is testing on Earth as part of so-called analogue missions.

The scientists will be presenting their research as well as robotic space systems at the DFKI booth at the Hannover Messe from 01 to 05 April 2019.