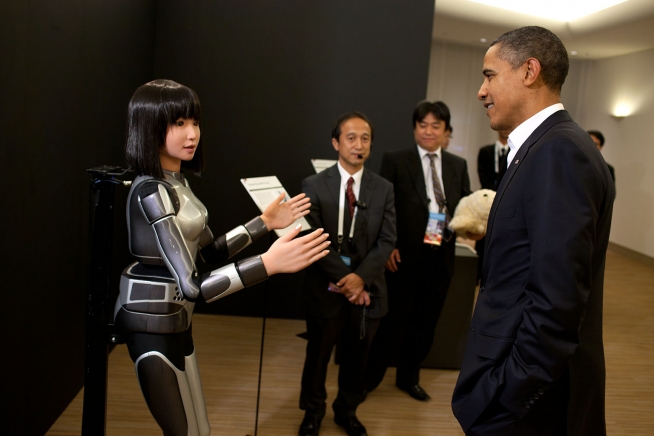 Abe may not be envisaging a world run by robot prime ministers, but he certainly has not stopped it going down that route. It’s inevitable that robots will rule, but how they get to that point is worth documenting, while they’re still at their planning stage.  END_OF_DOCUMENT_TOKEN_TO_BE_REPLACED