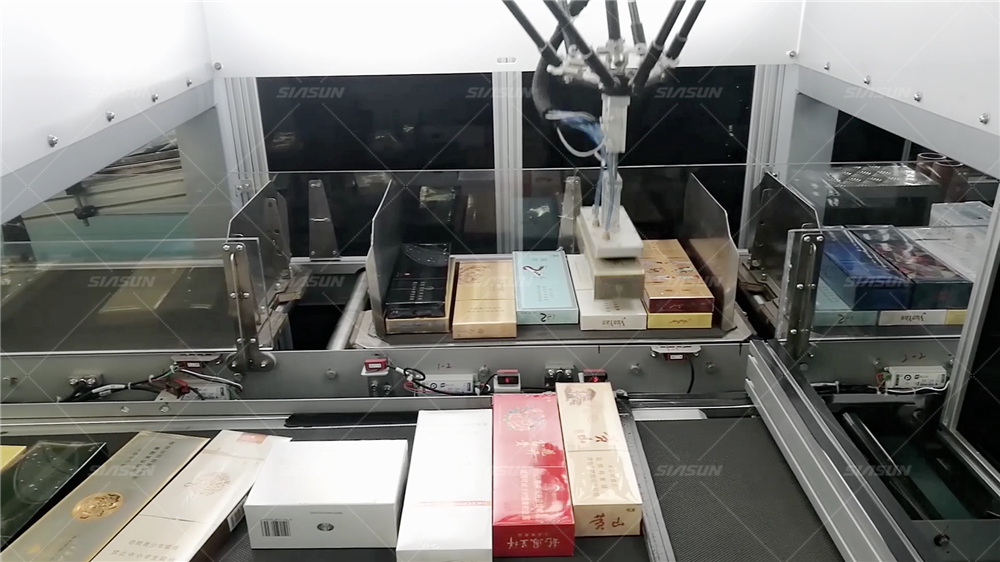 Chinese industrial robotics company Siasun has developed a new system for packing cigarettes which can cope with the ever-changing shapes and dimensions of tobacco products and packaging.

The company is using a delta robot to pack cigarettes into packaging which is increasingly unusual in the way it is designed, with some opening in the middle and other opening on the narrow side instead of the wide edge, which is the usual method globally. (See illustration below.)

The tobacco products themselves – mainly cigarettes – are also of different shapes and sizes.

The “standard” cigarette is 8 mm in diameter and 84 mm in length, and there are usually 20 cigarettes in each pack.

But beyond the standard dimensions and shapes for packaging and cigarettes, there are many new variations.

China has a population of approximately 1.6 billion people, and at least 350 million of them smoke, according to China Daily.

Developments within the tobacco industry and changes in consumer demand are leading to tobacco products of different shapes and dimensions, which are becoming more popular with consumers.

However, quickly and efficiently sorting and packing cigarettes of unusual shapes and dimensions has become a “major problem”, says Siasun, adding that the industry is “looking for to an efficient and intelligent sorting device that can completely solve this problem”.

There are thousands of standard tobacco types, more than 300 types of special-shaped tobaccos with a high frequency of occurrence, and the largest type of about 600 types. 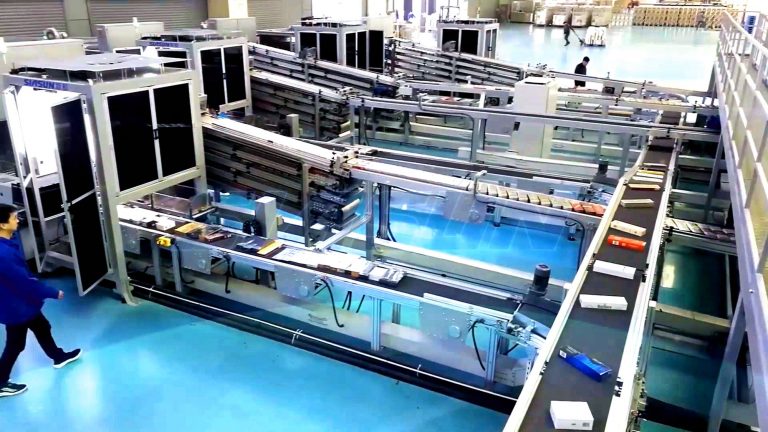 Siasun analysed the “pain points” or problems in the sorting of tobacco products. They found the following issues.

Shapes and sizes: There are many kinds of cigarettes with different shapes and sizes. Due to long-distance transportation, there is uncertainty in the angle, ordering and orientation of the cigarette case.

Identification: The height and size of the shaped smoke vary greatly, and the plastic film has serious reflection, making it difficult for the light source to take into account 300 to 600 types of smoke;

Informatization: The confirmation and tracking of correct order information cannot be achieved during the transmission of traditional shaped cigarettes, and there are a large number of sorting errors that cause a large number of orders to be returned to the factory for unpacking.

Siasun says this is a “comprehensive and intelligent overall solution”, adding that the system implements the following functions:

Xinsong provides eight sets of special-shaped tobacco sorting and packaging parallel robot systems for tobacco logistics centers, which have all been put into use and processed tens of thousands of orders every day.

The person in charge of the technology of the logistics center said: “The original special-shaped tobacco sorting equipment had low efficiency and high error rates.

“Frequent errors, shutdowns, or incorrect orders were required, and workers needed to sort and pack online.

“During the period, they also looked for relevant companies and Experiments by research institutes were not satisfactory, and all ended in failure.”

Siasun says it has “truly realized unmanned and automated sorting and packaging” for the cigarette industry.