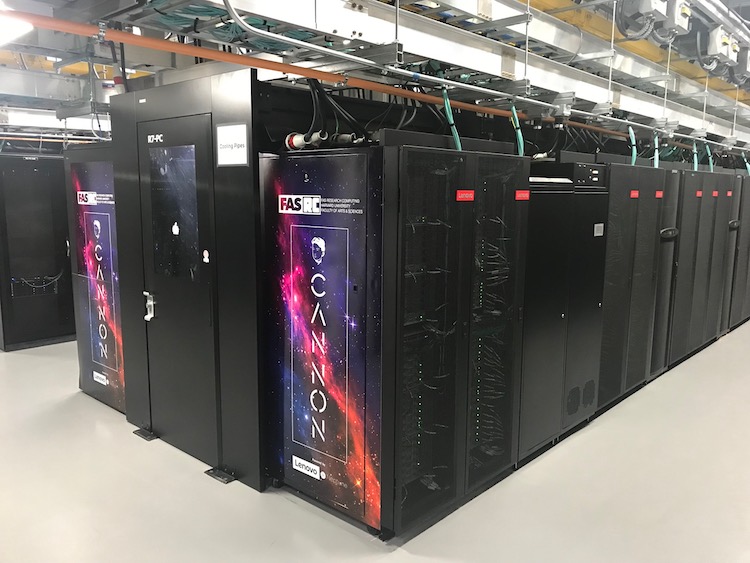 The new supercomputing infrastructure will enable discoveries in earthquake forecasting, predictions on the spread of disease, and star formation.

Lenovo also said it is creating an “Exascale Visionary Council” whose mission is to enable broad adoption of exascale-focused technologies for organizations of all sizes. 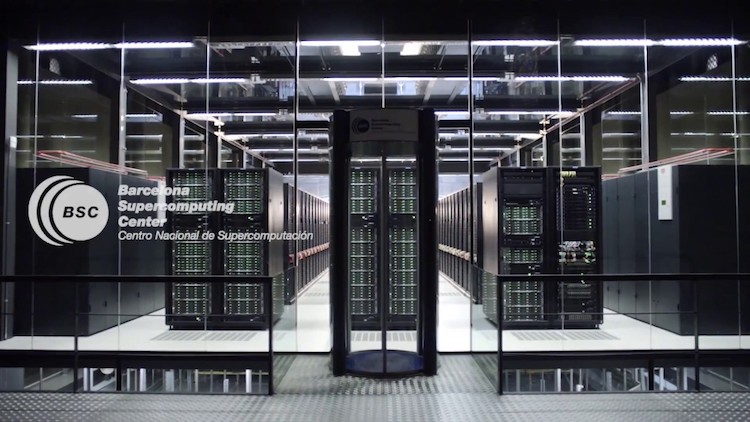 From Exascale to Everyscale

Expanding the reach of the most advanced high performance computing (HPC) technologies and capabilities by bringing them “From Exascale to Everyscale” is a critical part of Lenovo’s commitment to create a more inclusive, insightful and sustainable digital society – a world with “Smarter Technology for All”, as Lenovo describes it.

FASRC was established in 2007 with the founding principle of facilitating the advancement of complex research by providing leading edge computing services.

The FASRC Cannon cluster is a large-scale HPC system supporting Science, Engineering, Social Science, Public Health, and Education modeling and simulation for more than 600 lab groups and over 4,500 Harvard researchers.

FASRC wanted to keep the processor count high and increase the performance of each individual processor, knowing that 25 percent of all calculations are run on a single core. Liquid cooling is paramount to support the increased levels of performance today, and the extra capacity needed to scale in the future.

The dramatically enhanced performance enabled by the new system reflects Lenovo’s focus of bringing exascale level technologies to a broad universe of users everywhere – what Lenovo has coined “From Exascale to Everyscale.”

Though the Cannon storage system is spread across multiple locations, the primary compute is housed in the Massachusetts Green High Performance Computing Center, a LEED Platinum-certified data center in Holyoke, Massachussets.

Scott Yockel, director of research computing at Harvard University’s Faculty of Arts and Sciences, says: “Science is all about iteration and repeatability.

“But iteration is a luxury that is not always possible in the field of university research because you are often working against the clock to meet a deadline.

“With the increased compute performance and faster processing of the Cannon cluster, our researchers now have the opportunity to try something in their data experiment, fail, and try again. Allowing failure to be an option makes our researchers more competitive.”

The additional cores and enhanced performance of the system are also attracting researchers from additional departments at the university, such as Psychology and the School of Public Health, to more frequently leverage its machine learning capabilities to speed and improve their discoveries.

Intel, Lenovo and some of the world’s biggest names in HPC are creating an exascale visionary council dedicated to bringing the advantages of exascale technology to users of all sizes, far beyond today’s top tier government and academic installations.

As part of its work to drive the broader adoption of exascale technology for a greater HPC community, the council, named Project Everyscale, will address the range of component technologies being developed to make exascale computing possible.

Areas of focus will touch all aspects of the design of HPC systems, including everything from alternative cooling technologies to efficiency, density, racks, storage, the convergence of traditional HPC and AI and more.

The visionaries on the council will bring to bear their insights as customers to set the direction for exascale innovation that everyone can use, working together to bring to life a cohesive picture of the future for the industry.

FASRC is a founding member of Project Everyscale along with:

Member organizations are leading the way on groundbreaking research into some of the world’s greatest challenges in fields such as computational chemistry, geospatial analysis, astronomy, climate change, healthcare, and meteorology.

Scott Tease, general manager for HPC and AI, Lenovo Data Center Group, says: “Working with Intel we are now bringing together some of the biggest names and brightest minds of HPC to develop an innovation roadmap that will push the design and dissemination of exascale technologies to users of all sizes.”

Trish Damkroger, vice president and general manager of the Extreme Computing Organization at Intel, says: “Intel is proud to be an integral part of this important endeavor in supercomputing along with Lenovo and other leaders in HPC.

“With Project Everyscale, our goal is to democratize exascale technologies and bring leading Xeon scalable processors, accelerators, storage, fabrics, software and more to HPC customers of every scale or any workload.”

The Council is slated to kick-off its work early in 2020.