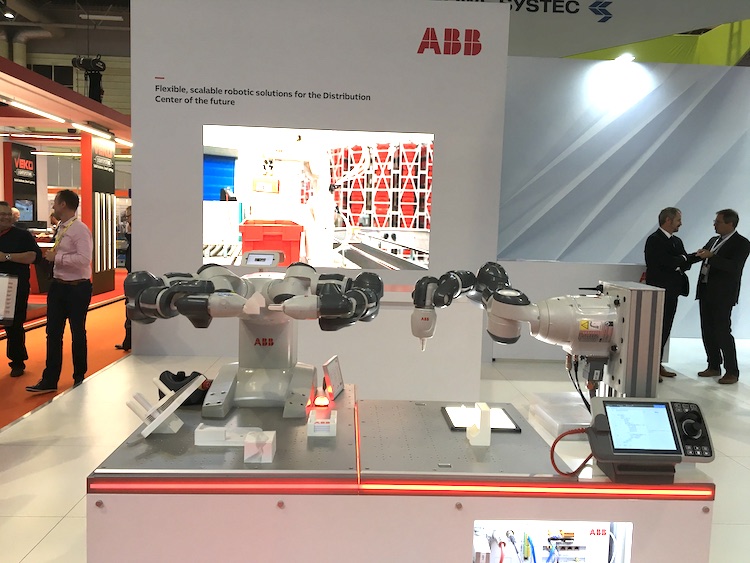 In a world where everything we do and the majority of the processes for the products we produce are automated, is the UK lagging behind when compared to its German counterpart?

With other countries advancing far quicker than the UK, and robotics and automation swiftly being rolled out within many businesses, it’s time Britain changed its mindset and got involved in what is being known as, the “Fourth Industrial Revolution”.

Studies found that in 2015 the UK had 10 robots for every million hours worked, compared with 133 in Germany, and by 2017 the UK represented a mere 0.6 per cent of industrial robotics shipments.

Which industries have adopted automation?

You may know by now that all car manufacturers create and produce vehicles on a grand scale using robotics and automation.

However, businesses such as Ocado have begun using automation to pick and pack grocery orders; they have subsequently been selling their robotics systems successfully abroad to the likes of US retailers.

This type of machinery operates with many different and innovative moving parts such as encoders. Purchased and supplied from the likes of RS Components, encoders track motor shaft movement for myriad pieces of industrial equipment and commercial devices.

But does this level of automation in both retail and commercial companies, pose a threat to the jobs and livelihoods of the humans these machines are replacing?

How does Germany compare?

While Germany is charging forwards in the automation space, it’s safe to say it isn’t without its own losses too. Although the introduction of more robots and automated processes hasn’t reduced the total number of job holders in Germany, a study found that on average one robot replaced two manufacturing jobs.

What are the UK doing to stay on par?

An incredible step forward not only for the agricultural world, but an important way to help the planet too.

Three robots recorded their activity and reported back to a central AI automated system which managed the overall operations and made important decisions.

The project has continued through 2019 and projected to move forwards in 2020; it’s safe to say the UK are beginning to make important steps to either meet or better not only Germany, but other countries within Europe.