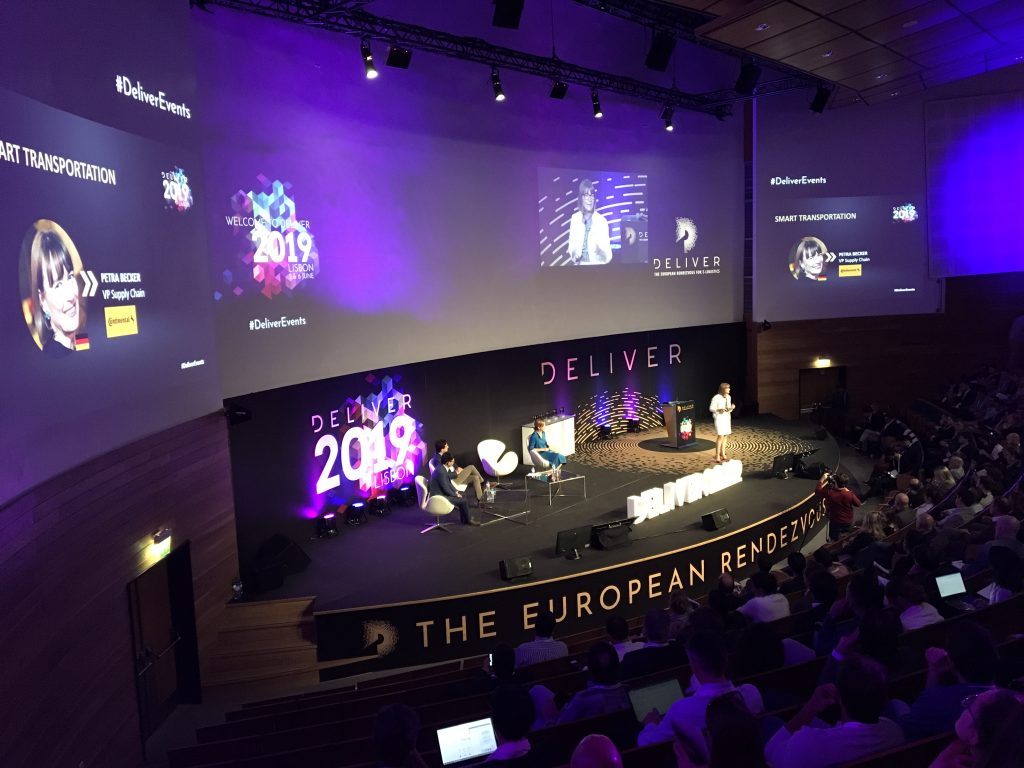 The second and final day of the Deliver event has seen sponsors and attendees ask each other many questions about the future of e-commerce, or rather “e-logistics”.

And some of the most crucial questions concern the critical last mile of the journey a product makes before it reaches the customer’s door.

The answers appear to be many and varied, and involve new hardware and software, but there does seem to be a general feeling of consensus, even if the details of the technologies underpinning that consensus is yet to be fully articulated, let alone realised. END_OF_DOCUMENT_TOKEN_TO_BE_REPLACED

The widget can also be linked to an alarm system. With important information about their machines available at a glance, plant operators are able to react promptly to error messages. This prevents downtime and increases the productivity of the plant.

The interactive HMI element is suitable for modular machines and plants in any industry. The developer simply drags the widget into place on the HMI screen and configures it as needed.

END_OF_DOCUMENT_TOKEN_TO_BE_REPLACED

Arrow Electronics has announced a global agreement with Infineon and Arkessa that will further extend Arrow’s ability to support customers with cellular communications for the Internet of Things (IoT).

Security remains one of the top concerns for organisations for connected devices. Infineon provides the secured hardware controllers based on GSMA’s Embedded Subscriber Identity Module (eSIM) specification that underpin the new service.

Arkessa provides secured mobile data services with the ability to provision and manage IoT devices from the factory into the field.

END_OF_DOCUMENT_TOKEN_TO_BE_REPLACED

Fanuc America, supplier of robotics, CNCs and Robomachines, has expanded its line of collaborative robots to include six models, on display at  re:MARS Tech Showcase 4-7 June 4-7 in Las Vegas.

The series of power and force limiting collaborative robots can handle 4-35 kg payloads and a 550-1813 mm reach.

The cobots are equipped with Fanuc’s iHMI touch screen user interface. The Hand Guidance feature allows operators to teach a collaborative robot by leading it through paths, and/or use it to lift heavy objects manually.