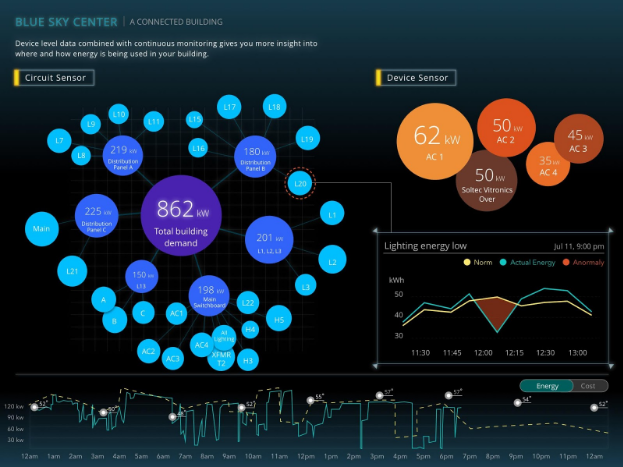 Verdigris, an artificial intelligence software company, has launched Einstein, an internet of things smart sensor and metering solution that reduces energy consumption and cost in buildings.

Verdigris CEO Mark Chung says: “Einstein makes it unbelievably easy to know what’s happening inside your building in real time, down to a single appliance.

“We put hard-earned money back into our customers’ pockets each month by predicting the most accurate forecasts of utility, weather and energy data, and automating the reduction of their most inefficient energy operations.”

Verdigris’ patented artificial intelligence and IoT platform transforms mission critical facilities into living environments. Each Einstein sensor wirelessly streams millions of samples per second from a facility’s electrical panel into to the cloud.

“Verdigris embodies the potential for IoT to remake the energy and building analytics landscape,” said David Kipling, vice president of corporate investments at Jabil Circuit. Jabil is both a customer and an investor in Verdigris.

“By collecting and analyzing the most granular energy data possible, Verdigris helps facilities managers cut incredible amounts of energy waste and enables a true understanding of what’s driving their costs.”

Verdigris recently deployed Einstein to Honeywell and Megabess Korea, and will be shipping soon to Orange Silicon Valley, Parkview Hotels in France, and expanded deployments across their customer portfolio.

Einstein also introduces a robust and lightweight industrial design by Matter, an award-winning design studio based in San Francisco, CA. This design architecture enables significant improvements to the time and ease of installation.

The system also has increased edge-processing and storage as well as improved internal diagnostics. This new design meets international standards and certifications in the US, Europe, Asia, and Latin America.