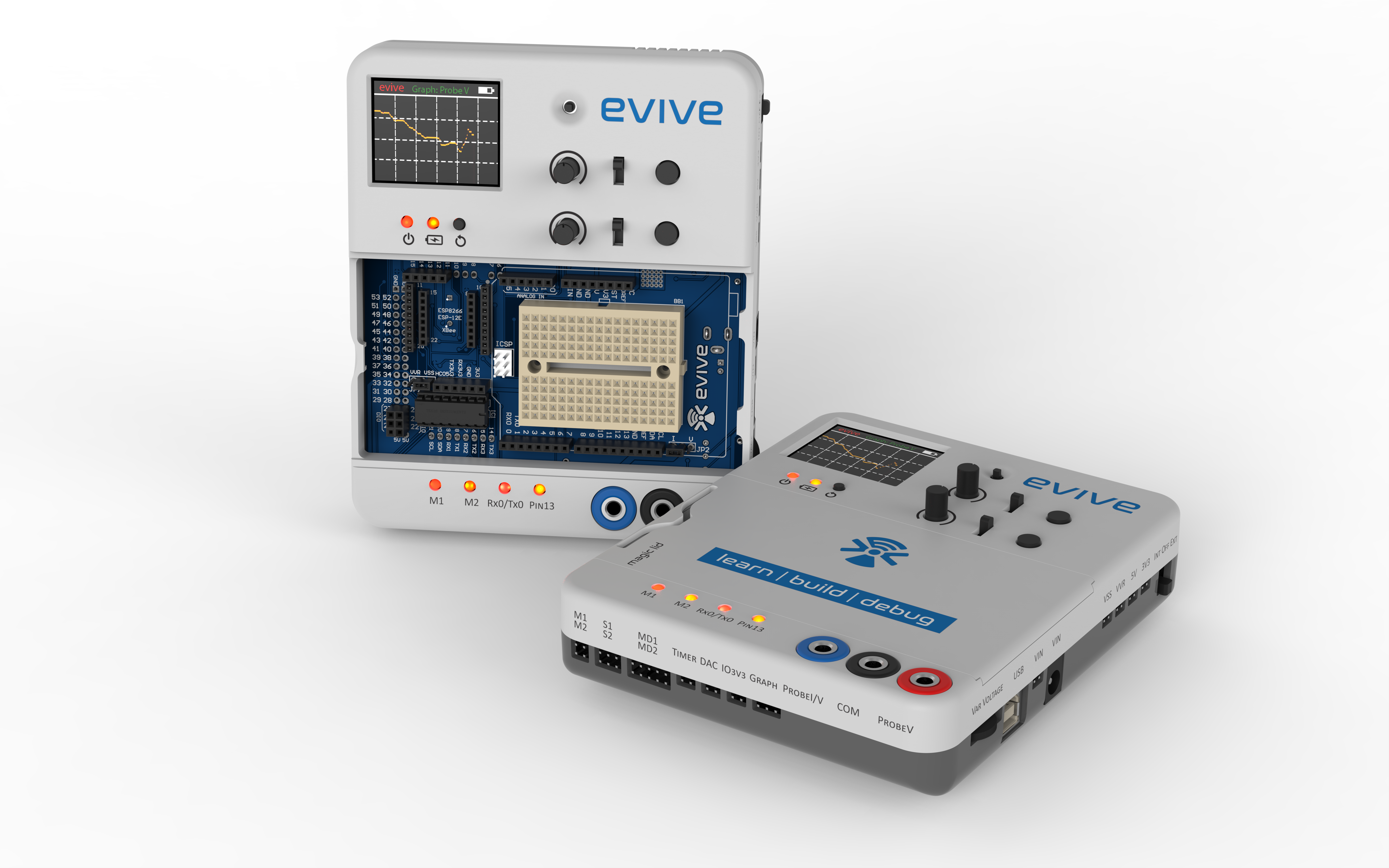 In exclusive comments to Robotics and Automation News, Akshat Agarwal, CTO and co-founder, says: “Evive is an Arduino based open-source platform for learning and prototyping electronics circuits, creating robots and hacking together IoT solutions. It has been designed as a one-stop solution for the student, hobbyist and maker communities.” 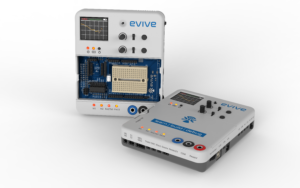 Agarwal claims evive is different from other solutions on the market, and indeed the new company claims it is “the world’s best”.

Agarwal adds: “The idea behind evive was to make prototyping intuitive and user-friendly, and we have done just that with our menu-based visual interface, which removes the need to reprogram the Arduino frequently and removes repetitiveness. evive offers highly accurate sensing capabilities for IoT applications and debugging, all in a portable battery-powered unit.”

The company says it will ship evive to early-bird supporters by December 2016, with complete order fulfilment planned by January 2017. Early-bird prices for evive are $89 (+shipping). The IoT kit is available for order at $109.