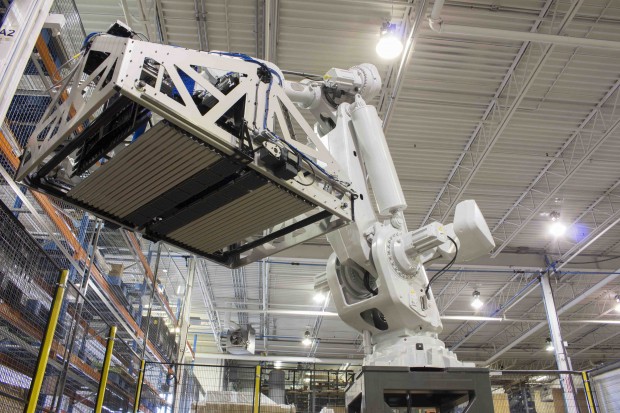 Changes taking place in consumer behavior have drawn a new map, a new type of building and a new kind of automation for the retail sector.

Growth has taken place in both the number and size of the facilities that turn e-commerce orders into product deliveries. The distribution center, or operation fulfillment center, is increasingly emerging in locations that experience low real estate costs, offer tax incentives to locate there, have an available workforce for seasonal surges and offer multiple ways of transporting goods from their locations.

In the US, that means areas close to major metropolises, such as New Jersey and Oakland, CA, Midwestern hubs that are unencumbered by traffic-congested highways, such as Omaha, NB and Kansas City, MO, and traditional port cities such as Houston, TX, Norfolk, VA, and Savannah, GA.

The distribution centers being built are usually large-scale, multi-level operations that take up enormous tracts of land. The eBay Enterprise Richwood Fulfillment Center in Kentucky is almost 1.2 million sq ft., while the Target import warehouse in Washington is one of the largest at 2 million sq ft.

As consumers expect next-day delivery, distribution operations look at how they can get the product to individuals’ addresses as quickly as possible. Many businesses now supplement their large centers with smaller warehouses or brick-and-mortar stores for the all-important “last mile” of delivery.

But for those large distribution centers, the only way to go is up and they are taking a page from the post-war high rises that needed to house a growing population. What’s growing this time is the number of SKUs that each company has to handle, not to mention all that consumer expectation. So, many of the new centers are multi-storey facilities.

Fulfilling numerous orders of different products through a maze of geography requires robotics. Companies design their distribution centers using the latest in automation. There are many ways that robotics have acted as midwives to these companies’ huge transformations into e-commerce providers. These have included the use of warehouse management systems (WMS), robotic layer depalletizing, shuttle systems for product storage, robotic mixed load palletizing and automated guided vehicles (AGV).

E-commerce is growing, the hubs that service them are also growing, and the robotics that make it all happen efficiently are at the heart of that growth.