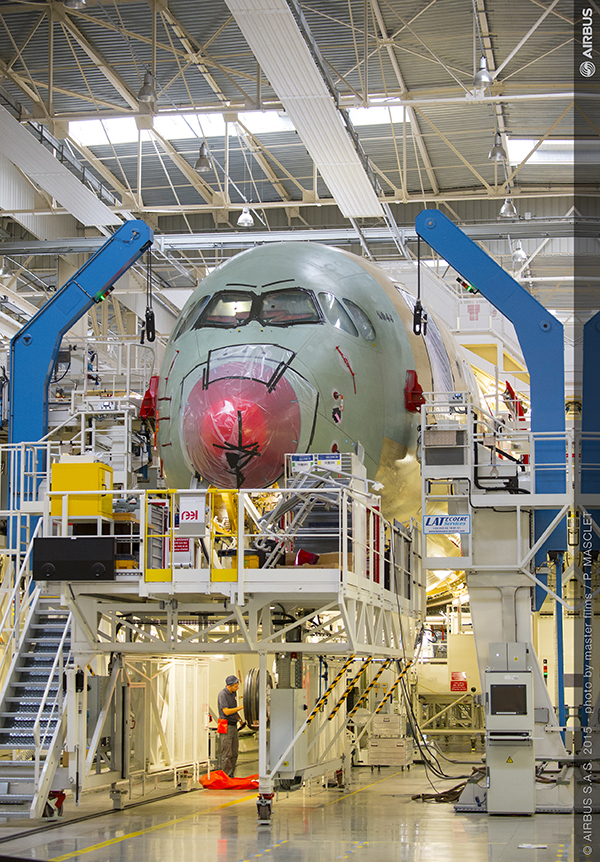 Renishaw is contributing its additive manufacturing expertise to a new £17.7 million project, being led by Airbus in the UK, to develop an innovative way of designing and manufacturing aircraft wings, which will encourage a “right first time approach” and reduce development time.

More than 30,000 new aircraft are expected to be required in the next 15-20 years, replacing existing in-service models and also to expand airlines’ fleets as the number of air travellers increases.

The project, called Wing Design Methodology Validation – or Windy – has been made possible thanks to joint industry and UK government investment from the Department for Business, Energy and Industrial Strategy (BEIS), supported by the Aerospace Technology Institute (ATI). It was one of a number of projects announced by BEIS during the Farnborough International Airshow.

Airbus chief operating officer Tom Williams says: “Aircraft wing design is a hugely complicated process and this project will look at ways we can increase the robustness of the design and test process while also reducing the time this takes.

“Developing state-of-the-art technology will be at the heart of achieving these improvements and this investment is vital for that.”

The project will be led by a team from Airbus in Filton, Bristol, which is a global centre of excellence for wing design, development and testing. As a key partner, Renishaw will provide its expertise in metal additive manufacturing (3D printing) and precision measurement.

“If we can highlight the design and production benefits of this technology in one of the most demanding industry sectors, then it paves the way for greater of adoption of AM for serialised production in many other applications.”

Windy will look at aerodynamic modelling of wings, the potential for use of complex 3D-printed components in wing structures and the possibility of innovative loads control on aircraft for better efficiency in flight.

Simon Weeks, chief technology officer of the Aerospace Technology Institute, says: “One of the key aims of the ATI’s UK national aerospace strategy is to sustain and grow the UK’s global leadership in aircraft wings.

“The Windy project is a key element of this aim, securing essential wing design and integration capabilities in the UK and opening the way to innovative 3D-printed wing components. These will lead to lighter and more efficient wings, which will be needed for future generations of greener airliners.”

The ATI was established in 2013 to develop a technology strategy for UK aerospace and to ensure that industry and Government get the best economic return for the UK economy from their joint investment in aerospace research and development.

The UK aerospace industry is said to lead in Europe and is second globally only to the United States, with particular strengths in wings, engines and advanced systems and helicopters.

The sector supports more than 3,000 companies distributed across the UK, directly employing 116,000 people, 4,100 of which are apprentices and trainees and supporting many thousands more in adjacent sectors.

Since 2010, the sector has grown by 5 per cent each year, spurred on by the Aerospace Growth Partnership (AGP), which brings industry and Government together to tackle barriers to growth, boost exports and grow high-value jobs.