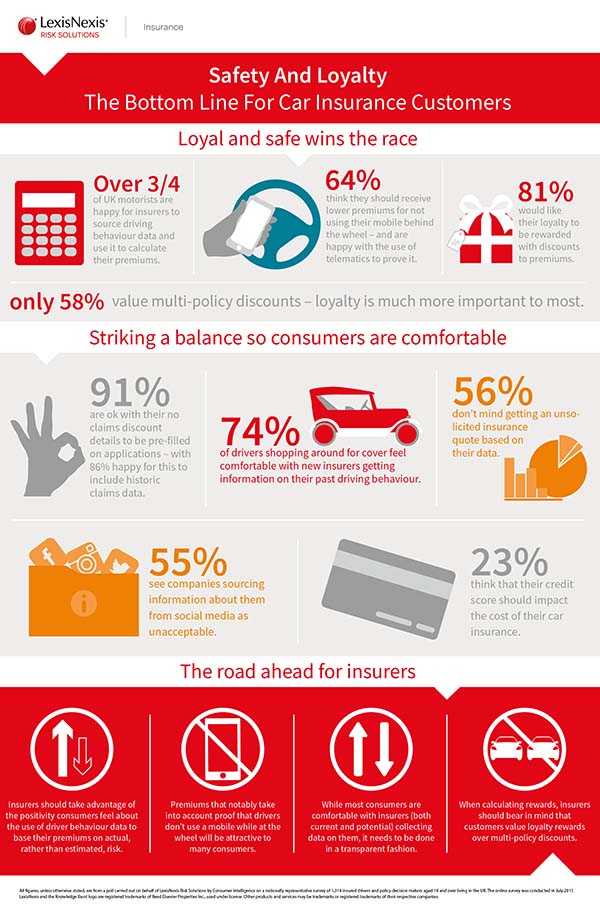 Many people believe autonomous cars will have fewer accidents than human drivers. But that’s just a prediction, and driverless cars may not be allowed on the roads for decades, so no one can know for sure at the moment.

But even now, with all the advanced driver assistance systems – which is basically autonomous car technology – in today’s cars, human drivers are becoming safer.

However, those who drive safely are not always rewarded through lower insurance premiums, as they are calculated based on the behaviour of all drivers, good or bad.

So, increasing numbers of drivers are turning to in-car recording technologies, or telematics, which can be used to calculate individualised premiums based on how each person drives.

Telematics technology is emerging as an important component in the move towards greater autonomy in motoring.

A new survey suggests that the majority of people favour this approach. Some of the key points of the survey include:

Demonstrating a growing intolerance of mobile phone use at the wheel, a survey of 1,314 motor insurance policyholders found that consumers want to be rewarded with lower premiums for not using their smartphone whilst driving.

Sixty per cent think avoiding any type of mobile phone use – including both text and calls – should be a top factor used by insurers in offering lower premiums.

The survey, conducted for LexisNexis Risk Solutions and its UK telematics business Wunelli, by Consumer Intelligence was undertaken to determine driver opinions on how motor insurance premiums should be calculated. (Infographic above.)

The findings have been released following the UK Government’s warnings to the insurance sector that traditional ways of rating motor insurance will become obsolete with the emergence of the connected car and driverless car.

Selim Cavanagh, VP telematics for Wunelli, a LexisNexis Risk Solutions company, says: “The very basis of telematics insurance is to provide fairer premiums to motorists so that they are not paying for the poor behaviour of others and to incentivise safer driving behaviour.

“From our research, the vast majority of motorists understand this but there is evidently a great opportunity for insurers and brokers to consider how they can tap into this growing level of awareness and the corresponding expectations motorists have over how they should be rewarded.”

Women would have the most to gain as the percentage of male drivers who regularly use smartphones is nearly double that for female drivers. Also younger drivers (male and female) are distracted by their smartphone more often.

Drivers who use a phone hand held at the wheel almost double their risk of an accident with associated hard braking increasing by three quarters (75 per cent), while those on hands free increase their risk by a fifth.

Telematics policies enable insurers to detect whether a motorist is using a smartphone at the wheel and from the study, the vast majority (78 per cent) of motorists are comfortable with the fact insurers will use their driving behavior data sourced from a fixed device or smartphone app to determine the price they pay for their insurance.

Insurers who reward customers more for multiple policies rather than for loyalty could be missing an opportunity to retain customers as 81 per cent of motorists want loyalty to be a factor in pricing compared to 58 per cent who think multi policy discounts are important.

Selim Cavanagh says: “To satisfy this demand for fairer pricing based on actual rather than predicted driving behaviour, the insurance sector needs to break down the barriers to telematics adoption.

“It is one of the reasons why we have launched a 12v device that plugs into the cigarette lighter in the car and is paired with the policyholder’s smartphone. The device communicates over Bluetooth technology with the designated smartphone app to record driving behaviour data.

“As well as insurance coverage, customers benefit from the charging capabilities of the device and crash reporting – compelling consumer benefits which will help take telematics from niche to mainstream adoption.”