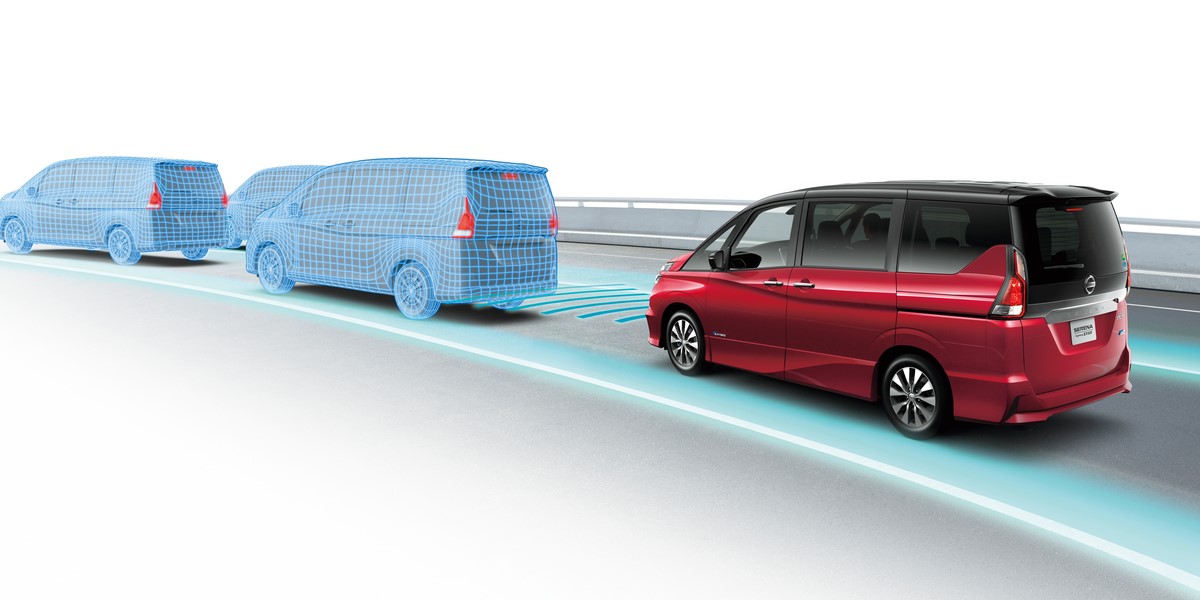 Nissan claims to be the first Japanese automaker to introduce a combination of steering, accelerator and braking that can be operated in full automatic mode, easing driver workload in heavy highway traffic and long commutes.

ProPilot technology is extremely user-friendly, thanks to a switch on the steering wheel that allows the driver to easily activate and deactivate the system.

The accelerator, brakes and steering are controlled based on information obtained through a mono camera equipped with advanced-image processing software. The ProPilot camera can quickly recognize in three-dimensional depth both preceding vehicles and lane markers.

Once activated, ProPilot automatically controls the distance between the vehicle and the preceding vehicle, using a speed preset by the driver (between approximately 30 km/h and 100 km/h). The system also keeps the car in the middle of the highway lane by reading lane markers and controlling steering, even through curves.

The ProPilot system automatically applies the brakes to bring the vehicle to a full stop. After coming to a full stop, the vehicle will remain in place even if the driver’s foot is off the brake pedal. When ready to resume driving, ProPilot is activated when the driver touches the switch again or lightly presses the accelerator.

Nissan is working on vehicle intelligence and vehicle electrification to make its corporate visions of “Zero Emissions” and “Zero Fatalities” a reality. Under “Nissan Intelligent Mobility”, ProPilot promotes safety and instills confidence in drivers, and it is part of “Nissan Intelligent Driving”.

ProPilot will be introduced into other vehicles, including the Qashqai in Europe in 2017. There are also plans for the technology to be introduced in the US and China markets.

Nissan will advance its leadership in autonomous drive technology by introduction in each market’s core models, further improving safety and pioneering a new era for the automobile.