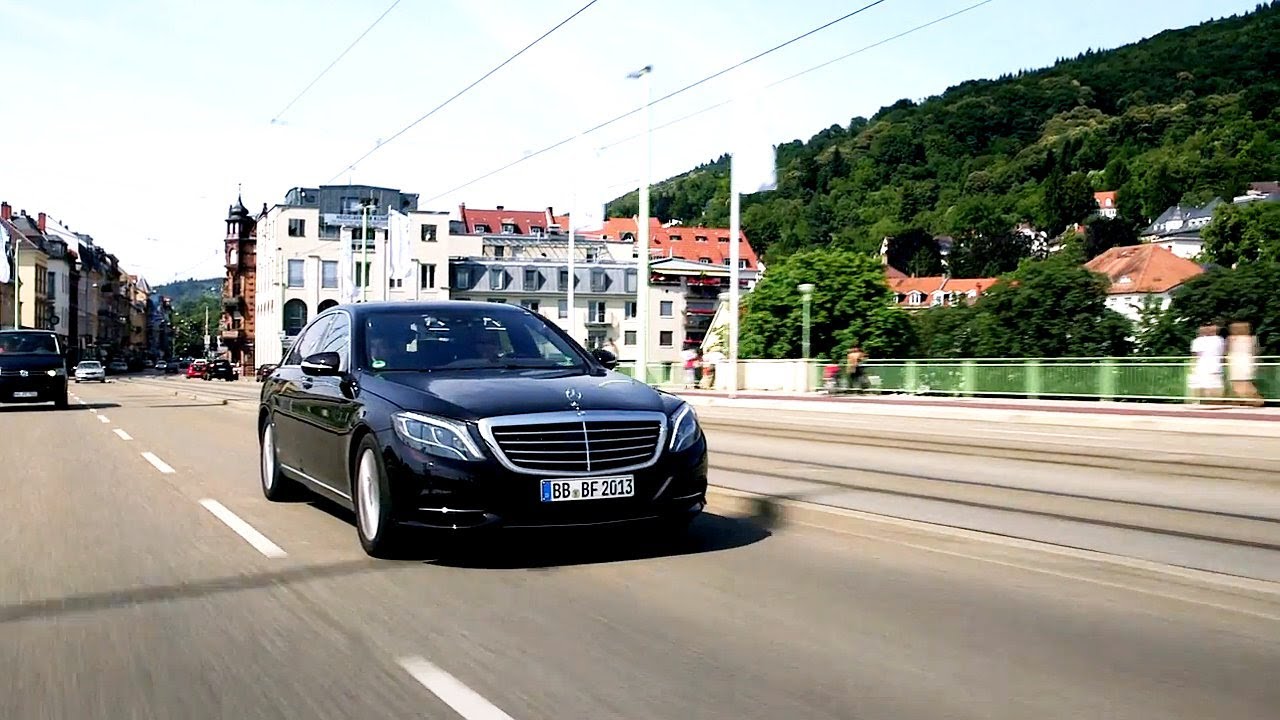 German auto giant Daimler is using deep learning techniques to teach its autonomous cars how to drive, and is boasting it has produced the smartest car in its market.

The company is also working with Bosch and others on developing a smart car parking system, whereby human customers can simply pick up or drop off their cars in a designated area, perhaps at the entrance of a car park, and the car will go and park itself, or will come to the customer, depending on what’s required.

Daimler owns the Mercedes brand, among others, such as Benz, which is named after Carl Benz, who is credited with inventing the first motor vehicle 125 years ago. The original vehicle has been a celebrated museum piece for many decades.

Now, the company is placing one of its latest models in a museum – the S Class Bertha Benz, which in 2013 successfully drove itself autonomously from Mannheim to Pforzheim, a distance of about 90 kilometres. The journey was the same as the first one made in a Mercedes motor vehicle, by Carl Benz and his wife, Bertha.

Daimler claims the S Class Bertha Benz journey of 2013 was “the world’s first independent trip through the normal intercity and city traffic”, and the pioneering nature of it is what earned itself a place in a museum, albeit in the Mercedes-Benz Museum.

Professor Dr Thomas Weber, member of the board of Daimler, responsible for group research and Mercedes-Benz cars development, says: “The sum of all technologies for networking of modern assistance systems makes the E-Class the smartest sedan in its class.”

The highly automated E-Class series was awarded a trial license for autonomous driving on the roads in Nevada, US, earlier this year. The vehicle features the company’s autonomous technology – called Drive Pilot – and Active Brake Assist, as well as pedestrian detection and other features.

However, Daimler-Benz-Mercedes is realistic about the challenges that remain in bringing fully autonomous cars to the mass market.

It says the networking of sensors needs to be further optimized. For example, the weather: rain, snow, and their associated pollution pose a great challenge, says the company.

“Another challenge is how the car interprets and distinguishes between different lights,” says Professor Dr Ralf Herrtwich, head of vehicle automation and suspension systems at Mercedes-Benz.

For example, if there are many signals at an intersection, the challenge is to identify the exact set of traffic lights that is relevant to the vehicle. Other graphical lights – such as arrows – must also be detected and processed by the car. Some of these graphics can be quite complex or only a few pixels in size from a distance. Additionally, they are frequently backlit.

“We are at the technical edge of the detection performance of current vision sensors,” says Herrtwich.

So-called deep-learning computers interpret images not pixel by pixel, but holistically. The vehicle computer does not need to be trained on every detail. It recognizes key features and similarities of images and is able to interpret typical structures of street scenes of a city and to transmit to those of another city.

The development of the vehicle sensor system for even better environment detection and more comprehensive networking of vehicles with each other and with the infrastructure, are the building blocks on the way to make cars more intelligent.

The goal is to relieve drivers further so the vehicle can act autonomously in stressful situations.

However, the ultimate responsibility still remains with the driver. The driver always has the opportunity to intervene. With the integration of deep-learning methods that developers follow what Daimler calls a “revolutionary goal”: the development of fully automated guided vehicles.

A pilot project involving Bosch, car2go and Daimler was launched last year. The aim of the project involves developing technology that can automate the parking of a car in a parking garage.

Using a smartphone, a vehicle is booked on car2go. Once the user is ready in the pick-up zone of the parking garage, the car moves forward automatically and the journey can begin. The return is just as convenient, say the companies.

The customer returns the vehicle to the drop zone, and using a smartphone can put vehicle back. From smart parking system detects the car is started and led to an assigned parking space.

It follows in the next step the idea that car-sharing deals would generally customer-friendly, says Daimler. Customers would not need to find and bring their vehicles, instead it would automatically go to them.

Daimler says this is “a quite realistic scenario in its implementation”, adding it is “working intensively together with partners” on the car2go system.