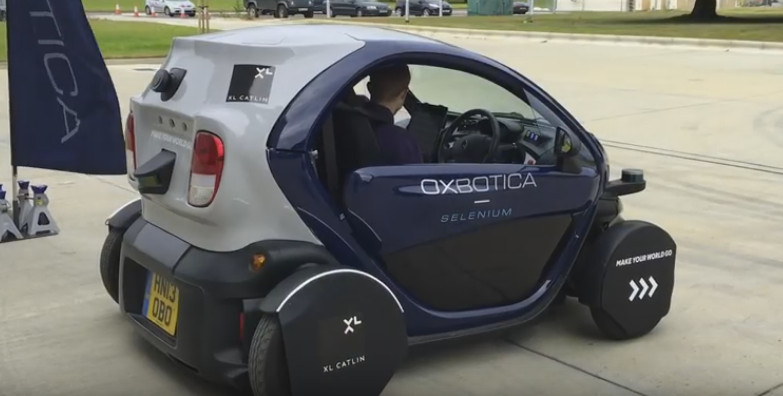 Selenium can work in pedestrianised environments as well as roads and motorways, and is not reliant on GPS to operate – meaning it can easily transition between indoor and outdoor settings, over ground or underground.

The system has been developed to be “vehicle agnostic” – meaning it can be applied to cars, self-driving pods such as campuses and airports, and warehouse truck fleets.

The software was developed by Oxbotica’s team of leading scientists, mathematicians and engineers in the UK and is able to provide any vehicle it is applied to with an awareness of where it is, what surrounds it and, with that knowledge in hand, how it should move to complete a task.

Selenium is set to be deployed at a series of autonomy trials where Oxbotica is the sole supplier of autonomy software, including the £8 million GATEway project in Greenwich and the LUTZ Pathfinder self-driving pod project in Milton Keynes.

The company is also working with manufacturers in a broad spectrum of mobile autonomy domains, driverless cars.

Dr Graeme Smith, chief executive of Oxbotica, says: “Autonomous vehicles are the future and our new software is leading the field. Selenium represents the culmination of about 130 person years’ worth of work in mobile autonomy.

“Selenium is an important chapter in the ever-changing story of autonomous vehicles. As a result of the team’s hard work on Selenium, our customers are able to take full advantage of the benefits on offer from this futuristic technology today rather than tomorrow.”