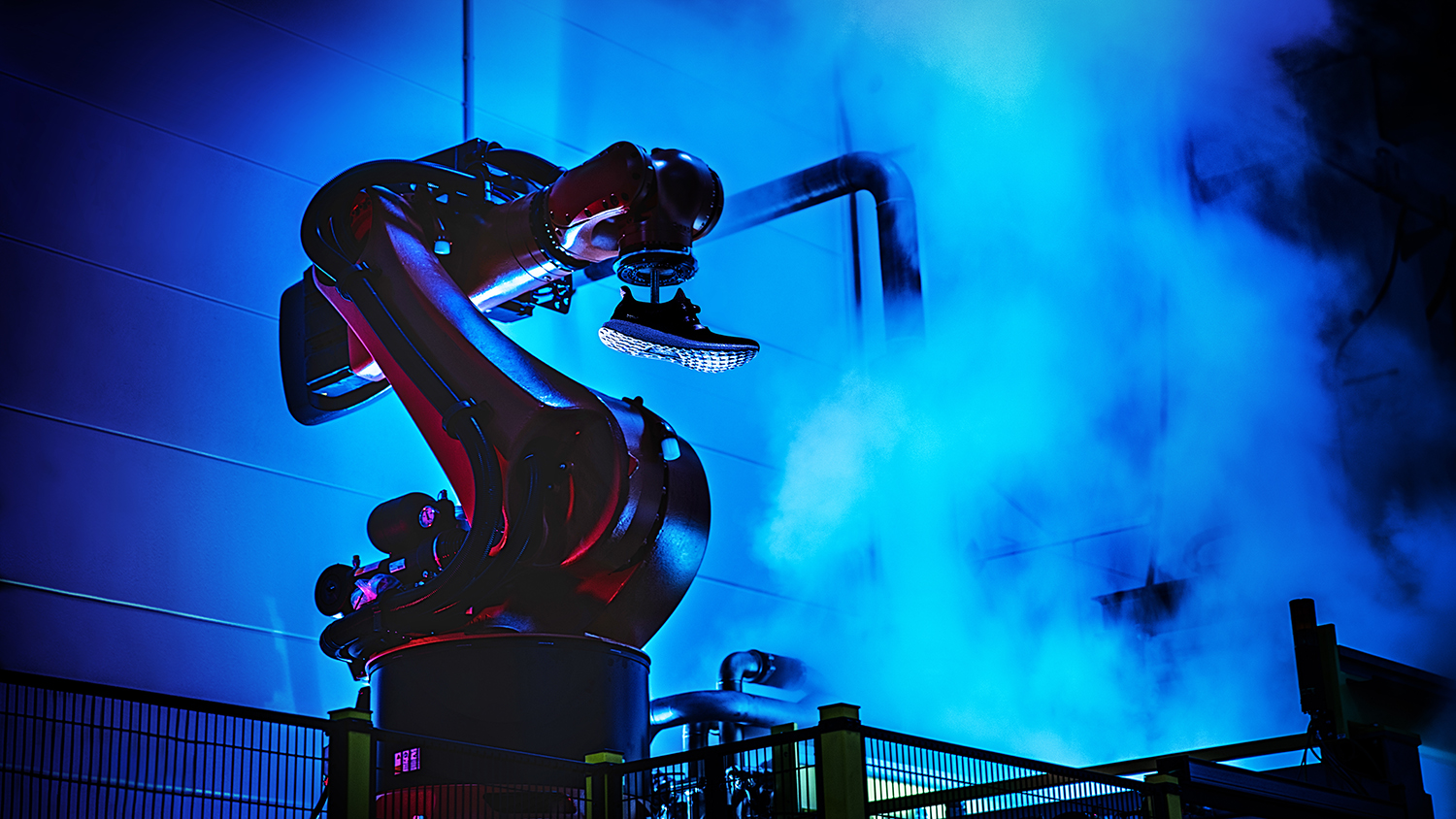 I was a tailor once. Made ladies’ coats. High class. Long, beautiful red, flowing like a cape. Made of wool. For one of the famous stores on Oxford Street, London.

I don’t remember the buttons, but there was another machine for that part of the process. I was just given the cloth parts of the coat by the cutter and just sewed them together using a Brother industrial sewing machine.

At another factory, I used Singer sewing machines to make leather jackets. Working with leather is a much more difficult and complex process.

This was all 30 years ago, before computers were in every household and business, and way before the worldwide web and smartphones. But not before industrial robots, which have been around in significant numbers since the 1950s and 60s.

However, even though they’ve been around all this time, industrial robots still can’t do what I did at the tailoring factories I worked at. Not that I was an expert or anything, I was in my teens and just learning. It’s just that that type of work is still too complex for robots, even today.

But one company seems determined to change that. Softwear Automation wants to build robots that can do the work that humans do in tailoring factories.

There’s quite a lot of machinery in tailoring factories, but most of them are machines with little or no “smarts”. They’re used for cutting and other things.

The most complex job in a tailoring factory is the sewing, and even if robots can crack the other parts of the process, it would have to be one very clever and dexterous robot that puts a human out of that particular job.

But to some extent, Softwear Automation has achieved that. The robotics company from the US has built a robot that can sew, albeit making what I would consider stitches that would be fairly simple for a human.

Nonetheless it’s a start. And we all have to start somewhere, and there’s an excellent article on Business of Fashion in which Softwear explains more about other aspects of robotics and automation in the textiles industry.

Moreover, things have moved on. In leaps and bounds. A phrase which is apt given that it’s a sportswear company that seems to have developed the most sophisticated advanced manufacturing systems in the textiles industry, using robotics, automation and 3D printing technologies.

Adidas calls its space-age pilot facility, located in its homeland Germany, the “SpeedFactory” and says, quite convincingly, that it reveals a “glimpse into the future of production”.

Adidas says SpeedFactory includes intelligent robotic technology that not only offers the highest performance quality but also presents a unique design to the shoes. The first concept shoes comprising 500 pairs of running footwear were revealed in recent weeks with high-volume production for consumers set to launch in the near future.

Herbert Hainer, CEO of the Adidas Group, says: “SpeedFactory combines the design and development of sporting goods with an automated, decentralised and flexible manufacturing process. This flexibility opens doors for us to be much closer to the market and to where our consumer is. Ultimately we are at the forefront of innovating our industry by expanding the boundaries for how, where and when we can manufacture our industry-leading products.”

Adidas has set up the pilot SpeedFactory in Ansbach, southern Germany, with Oechsler. As well as better meeting the needs of consumers, says Adidas, the SpeedFactory network will have a “significant positive impact on the environment by cutting down on shipping emissions, whilst drastically reducing the use of adhesives”.

Gerd Mainz, vice president technology innovation at Adidas, says: “The set-up of the first SpeedFactory has kicked off in Ansbach, Germany, to propel a global network of automated production which brings cutting-edge technology to cities around the world. These first 500 pairs will help us set the scene for large-scale commercial production so each consumer can locally get what they want, when they want it, faster than ever.”

It may have made the mis-step of the “Doctor Who” football, officially called the Jabulani ball, which wobbled its way like those blobs in a lava lamp through the 2010 World Cup in South Africa, but Adidas is a global company with a long history. One or two balls made up of quivering jelly along the way are inevitable, probably.

Another technology which Adidas has innovated, or at least adopted, is 3D printing. The company unveiled what it claims is “the future of performance footwear” with Futurecraft 3D, a “unique” 3D-printed running shoe midsole which can be tailored to the cushioning needs of an individual’s foot.

The 3D concept is part of the Futurecraft series, which Adidas says is a forward-looking initiative that places open source collaboration and craftsmanship at the heart of design to drive innovation across all elements of production.

In its 3D concept, which provides the “ultimate personalised experience for all athletes”, Adidas says it has created a “unique combination of material and process”. The production breakthrough will take the running shoe standard to the next level, offering unprecedented individualised support and cushioning for every foot, to enable athletes to perform at their best, adds Adidas.

In its promotional literature, Adidas puts it like this: Imagine walking into an Adidas store, running briefly on a treadmill and instantly getting a 3D-printed running shoe – this is the ambition of the Adidas 3D-printed midsole. Creating a flexible, fully breathable carbon copy of the athlete’s own footprint, matching exact contours and pressure points, it will set the athlete up for the best running experience. Linked with existing data sourcing and footscan technologies, it opens unique opportunities for immediate in-store fittings.

Eric Liedtke, executive board member of Adidas, responsible for global brands, says: “Futurecraft 3D is a prototype and a statement of intent. We have used a one-of-its-kind combination of process and material in an entirely new way. Our 3D-printed midsole not only allows us to make a great running shoe, but also to use performance data to drive truly bespoke experiences, meeting the needs of any athlete.”

Adidas says its Futurecraft 3D story is the first chapter of its Futurecraft series, which demonstrates the Adidas brand’s commitment to innovating throughout all areas of production.

Paul Gaudio, creative director, Adidas, says: “Futurecraft is our sandbox. It is how we challenge ourselves every day to explore the boundaries of our craft. Driving material and process innovation, bringing the familiar into the future. Marrying the qualities of handcrafting and prototyping with the limitless potential of new manufacturing technologies. Futurecraft is stripped back – fast, raw and real – it is our approach to design.”

Futurecraft 3D is made possible through an open source partnership with Materialise, which is said by Adidas to be “a pioneer and leading specialist in 3D printing”. The company says the Futurecraft initiative will announce more groundbreaking design innovations in the coming six months and further support Adidas’ ambition to be the best sports brand in the world.